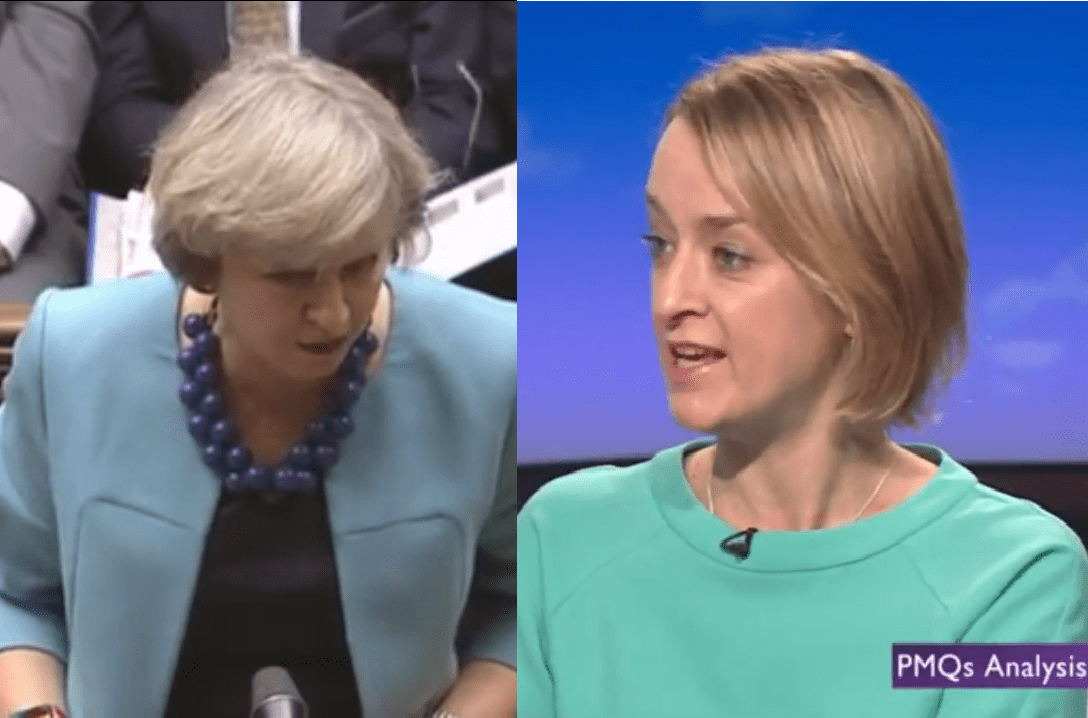 Theresa May appears to have ducked one question too many at Prime Minister’s Questions (PMQs), forcing the BBC’s Laura Kuenssberg to finally tell the truth about her:

That awkward moment when Laura Kuenssberg finally admits that Theresa May is a lying, deceptive, evasive con artist. #PMQs pic.twitter.com/pRwtMSmEiS

But we also learned, and I think we’re really starting to learn this every single week, that Theresa May is a class act at not answering the question.

Where’s this Kuenssberg been hiding?

Those watching the BBC’s coverage of PMQs may be wondering where this analysis has been hiding. Not only does May attempt to dodge questions week upon week at PMQs, but her predecessor David Cameron was notorious for it. In doing so, both of them appear to show contempt for the public, who deserve straight answers.

Kuenssberg failed to call out Cameron, whose bad jokes often hid even worse arguments. When Cameron wasn’t making jokes, he was replaying his favourite buzzwords – like our so-called “strong economy”. Irrelevant generalities replaced substance. But Kuenssberg cheered him on.

This carried on with May. Two weeks ago, when even the corporate media was hailing Corbyn’s victory at PMQs, the BBC tried to whitewash his performance.

Until May’s car-crash performance on Wednesday 26 October, Kuenssberg refused to admit that these prime ministers appear more like members of the PR industry than parliament.

In response to Corbyn demanding to know more about May’s Brexit plan, the Prime Minister said:

He talks about the plan. I’ve been very clear that we want to both trade with and operate within the European single market. I want this country to be a global leader in free trade.

She continued, peddling the myth that Britain can have its cake and eat it:

To top it off, Britain’s new trade deal with the EU must be unanimously approved by the remaining 28 member states. Why would these states approve a special deal for the UK that redefines the single market? Especially eastern European countries.

At PMQs, the Prime Minister was unable to show anyone what Brexit really means. Instead, she peddled false promises to the British people. In fact, Corbyn’s questions cornered May to the point where Kuenssberg was forced to finally admit that the Prime Minister actually has no answers.

– Read our other stories on Brexit.