There is a third option in the US election, but Trump and Clinton have been suppressing it - Canary 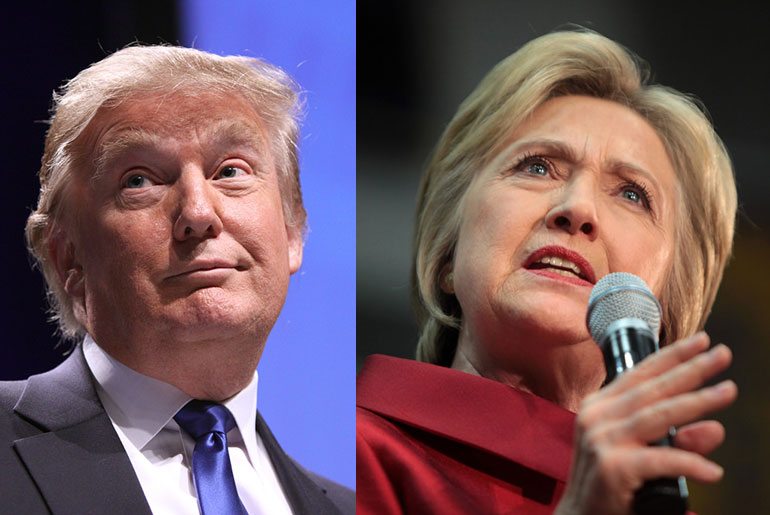 Contrary to popular belief, the US presidential election isn’t actually a two party race. There are several other parties running for the presidency. And the US Green Party actually appears to be a viable left-wing option. The only problem is that it isn’t allowed to join in the US televised debates, because the Republicans and Democrats – represented today by Donald Trump and Hillary Clinton – don’t want them to.

The Green Party of the United States claims to offer a viable third party alternative for US voters. It describes itself as a group of:

With its range of policies, it promises to “fix our broken system” and “level the playing field” by striving for social justice and equal opportunities. This includes free education, more affordable housing, and more action against corporate crime.

But while some younger voters claim they may vote for third parties like the Green Party or the Libertarian Party, many citizens still don’t see them as a viable alternative.

Many people claim this upcoming election is one between the “lesser of two evils” – Donald Trump or Hillary Clinton. But many trust neither candidate. And up to 10% of voters may still be undecided.

Considering this, it’s hard to imagine why third parties aren’t gaining more support. In recent polls, for example, estimates showed that only 3% plan to back the Libertarian Party, and only 2% will support the Greens.

One of the main possible reasons for this is that people don’t know enough about them. And this is because the Republican and Democrat parties don’t want them to.

The TV debate and the media

In the US and the UK alike, media outlets only ever focus on Donald Trump and Hillary Clinton. The televised debates see the candidates battle it out and the public are forced into thinking it’s a choice between two candidates. That’s how it’s always been. And it’s the way the Republicans and Democrats want to keep it.

The Commission on Presidential Debates (CPD) is responsible for organising the TV debates. Claiming to be an “independent non profit corporation”, the Commission was actually set up under the joint sponsorship of both the Democratic and Republican parties. This means they effectively control it and decide who they want at the debate.

In 2000, the CPD announced that only candidates who received at least 15% of the support could join the debate. This effectively ruled out all third parties. And it maintained the façade of a two-horse race.

In September 2016, Stein actually ‘gate-crashed’ the election debate in New York in protest. But the police soon escorted her away. A month later, she took to social media to share her viewpoint about the exclusion. More than 932,000 people watched the live video.

Since her increased popularity on social media, the mainstream media (and many Democrats) have tried to ridicule her and thus discredit her as a candidate. Popular comedian John Oliver, for example, recently released a video segment criticising Stein. Her campaign called it a “deceptive attack”, saying Oliver “chose to misrepresent” the Green platform and ignore explanations that her campaign had given to his research team.

As well as the media, it appears that other government institutes are also attempting to discredit Stein.

Earlier this year, when Hillary Clinton committed a federal offence by misusing her email account, the FBI quickly dismissed the charge. In comparison, a county in North Dakota released a public warrant for Jill Stein’s arrest just for spray-painting construction equipment during a protest. The protest concerned the highly controversial Dakota Access pipeline, which threatens local tribes’ sacred land and risks contaminating the nearby Missouri River.

It’s relatively easy to find out about third party candidates like Stein. But unless the media positions them alongside the main two parties, too few people are willing to do the research. And this lack of desire fits perfectly into the Republican and Democratic plan to make the US public believe there are only two real choices.

If change is to happen, it needs to come from the public. And along the way, citizens will need to resist establishment attempts to prevent it. But it is possible.

– Find out more about Clinton’s email scandal from WikiLeaks.