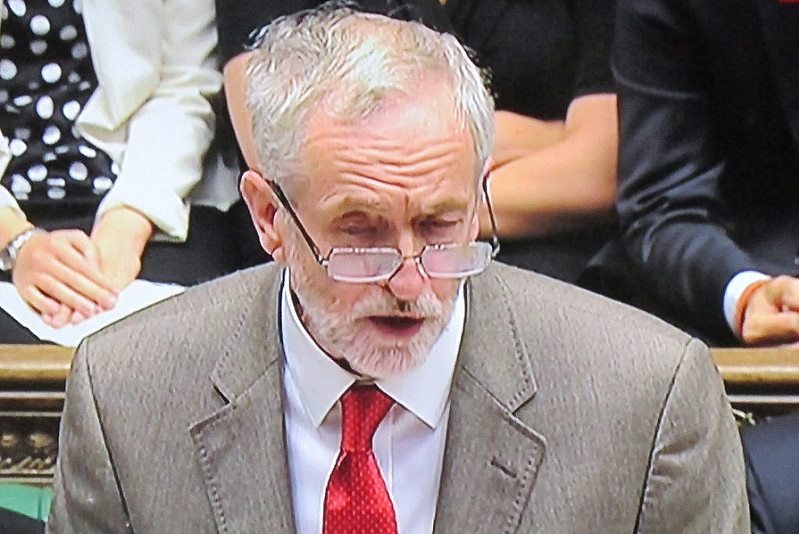 A crucial Corbyn-led vote was held in parliament on 26 October. And only around half of Labour MPs voted for it. The vote was cast on whether to halt support for, and therefore arms sales to, Saudi Arabia. And it happened just as the country is carrying out a brutal assault on Yemen, killing thousands of civilians.

In short, these ‘rebel’ Labour MPs have succeeded in ensuring the UK continues to be complicit in war crimes.

The motion was brought by the Shadow Defence Secretary Emily Thornberry. She asked:

That this House supports efforts to bring about a cessation of hostilities and provide humanitarian relief in Yemen, and notes that the country is now on the brink of famine; condemns the reported bombings of civilian areas that have exacerbated this crisis; believes that a full independent UN-led investigation must be established into alleged violations of international humanitarian law in the conflict in Yemen; and calls on the Government to suspend its support for the Saudi Arabia-led coalition forces in Yemen until it has been determined whether they have been responsible for any such violations.

Essentially, Thornberry urged parliament to vote for an end to the suffering of the Yemenis by having a UN-led investigation into the conflict. And crucially, she asked the government to stop supporting Saudi Arabia until the completion of that investigation.

But the vast majority of Conservative MPs, and 102 Labour MPs, had other ideas.

The Yemeni conflict intensified in 2015 when Iranian-backed Houthi militias overthrew US- and Saudi-backed Yemeni President Abd-Rabbu Mansour Hadi. The Saudi-led coalition began its military campaign against the Houthi rebels in March 2015.

Since Saudi Arabia launched its air offensive, accusations have arisen of numerous war crimes. For example, it has bombed hospitals. And as a result, 10,000 children under five have died due to a lack of access to healthcare.

It has also targeted schools. And it has attacked factories, refugee camps and even funerals. Unicef asserts that, since the Saudi-led coalition’s intervention, “on average at least six children have been killed or maimed every day”.

The Yemenis’ current suffering follows a brutal ‘secret’ war waged against the country by the US, as investigative journalist Jeremy Scahill detailed in his book Dirty Wars. Speaking to Democracy Now in 2013, Scahill explained:

Well, the first time that President Obama authorized any strikes against Yemen was December 17th, 2009.

…in this first missile attack, the U.S. used cruise missiles and cluster bombs on this small Bedouin village in the—in Majalah, in Abyan province. And they said that they were targeting an al-Qaeda leader in an al-Qaeda training camp. And it turned out that the bombing killed 46 people—14 women and 21 children.

…the Yemeni government actually took responsibility for the strikes and said that its own air force had conducted it, and that it was a successful attack against an al-Qaeda base.

And the United States began conspiring with the Yemeni regime to bomb Yemen and then have the Yemenis take responsibility for it.

So although the Saudi airstrikes began in 2015, the Yemenis have been living under threat for years.

Money is thicker than blood

Jeremy Corbyn demanded the government commit to ending arms sales to Saudi Arabia at this week’s Prime Minister’s Questions, prior to the vote in parliament. Since the Saudi-led coalition began its offensive in Yemen, the UK had approved £2.8bn worth of arms sales to the kingdom as of April this year.

A UK-manufactured cluster bomb was discovered in Yemen by Amnesty International. And the UK government did not deny selling such weapons to Saudi Arabia; even though cluster bombs are illegal under international law.

As Éoin on Twitter pointed out, most parties (other than the Conservative Party) actually voted for the motion:

In other words, if the Labour Party had united over the issue, the motion could have passed. This would have ensured a seriously diminished future weapons stockpile for the Saudi-led coalition.

Foreign Secretary Boris Johnson claimed other countries would “happily supply arms” to the country if we were to duck out. He just neglected to note that, in those circumstances, the UK would not be an accessory to Saudi war crimes.

But Labour’s ‘centrist’ MPs scuppered that possibility, with the help of the Conservative government.

Still proud to be British?

– Sign the petition against arms sales to Saudi Arabia.

– Write to your MP if they voted against the motion.