Theresa May's own minister turns against her, as the government goes into meltdown - Canary 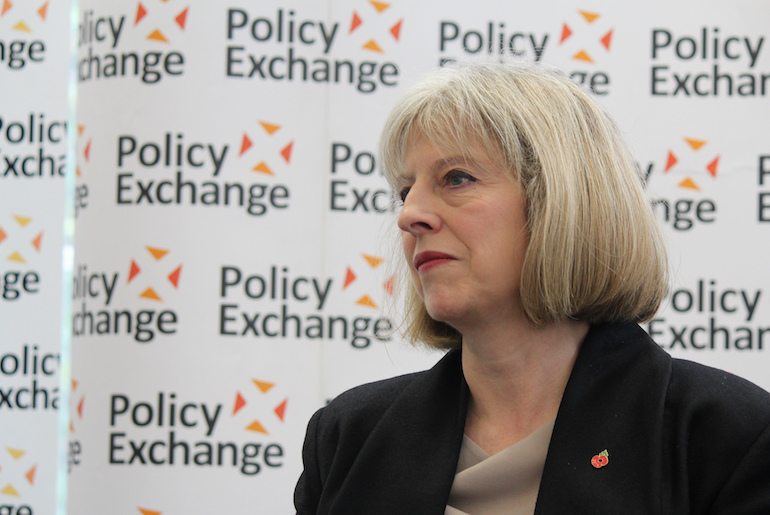 Storm clouds continue to gather for beleaguered Prime Minister Theresa May. Following a torrid afternoon at Prime Minister’s Questions on Wednesday 26 October, at which her Brexit position was widely ridiculed, even her own ministers are beginning to turn. Junior Trade Minister Mark Garnier has delivered the latest blow.

In an interview with Bloomberg TV on 26 October, Garnier set alarm bells ringing by admitting that global banks will lose their current rights to provide services in the EU after Brexit. This is a fact that May has avoided discussing, despite her unexplained switch from pro-Remain Home Secretary to a PM advocating hard Brexit.

In Britain, banking accounts for a much larger part of the economy than other developed countries, and the effects could well be disastrous. Thousands of job losses are likely.

While the May government scrabbles around to limit damage to the financial sector, it has come under further fire from Shadow Chancellor John McDonnell. He accused the government of trying to engineer a “bankers’ Brexit”. McDonnell states that its plans will ignore the needs of manufacturers and small businesses while turning Britain into “a Singapore of the North Atlantic”.

During his interview, Garnier strayed further from the party line, making it clear that the cost of food will rise after Brexit. In contrast to the vague slogans repeated by the Prime Minister, Garnier stated that increasing food costs were:

there is nothing we can do about it

Having outlined the enormous problems that May’s hard-Brexit insistence will bring to banking and the general cost of living, Garnier fired another shot across her bows. With reference to the PM’s Brexit catchphrase, he said:

I’m not going to use the expression Brexit means Brexit for obvious reasons – because it does not necessarily give that much clarity.

Following the news that she faces a rebellion over plans to build a third runway at Heathrow, which she also opposed before becoming PM, Garnier’s comments will cut to the bone.

Having dithered for months, May is now losing the confidence of her party on several fronts. Her government is now very much in meltdown.