Heathrow expansion will lead us to a dead end, and here's why [OPINION] - Canary 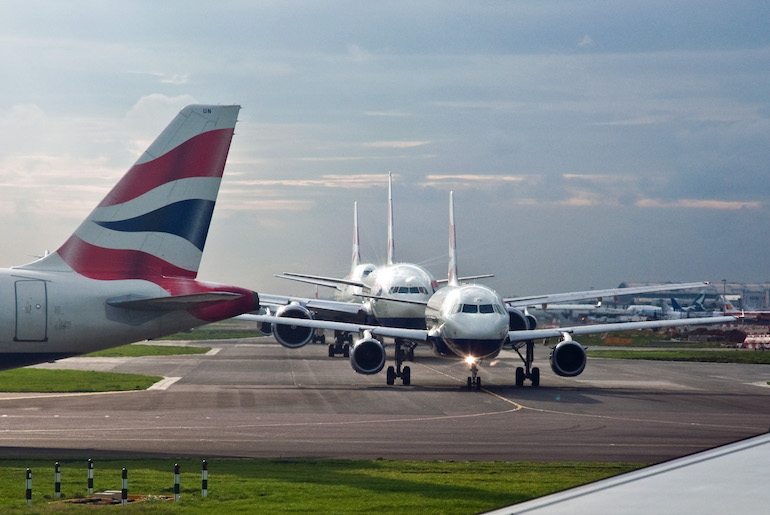 Theresa May’s cabinet has given a green light to building a third runway at Heathrow. Supporters of the expansion claim it will create 40,000 jobs. They also state that the expansion will reduce noise and improve air quality. But the decision only appears based on a desire to win a mysterious ‘global race‘, one that we are running against ourselves – and losing.

Environmentalists have long warned about the consequences of the expansion. If the new runway is built, the UK will probably fail to meet its commitment to cut carbon emissions under the Paris Agreement terms. The current Climate Change Act proposes a cut of 80% in emissions by 2050. But some government experts claim that even that might not be enough to meet the target [page 12]. And that’s without considering the effects of Heathrow expansion.

In a globalised world, it looks like the only thing that has been globalised is competition. Workers in Europe now compete with workers in Asia to see who can work for less. Countries compete over who is willing to compromise more natural resources in the name of progress. Apparently, nobody has considered the possibility of globalising solutions.

Society has succeeded in raising public awareness of climate change in the last years, at least in ‘developed’ countries. However, our current economic model has yet to adapt to the new scenario.

We know that our dependence on fossil fuels is not sustainable. We know that our consumerist lifestyles have a great impact on the planet. However, we are still willing to embark on projects that we know will negatively affect the environment, for the sake of creating jobs and stimulating consumption.

In our current model, consumption is tied to prosperity. One cannot occur without the other. The principles of neo-liberalism are hard to reconcile with those of the environment. But even our most immediate alternatives rely on consumption and the illusion of perpetual growth.

Technology at a crossroads

As technology improves, human resources are in less demand. Will the 40,000 jobs from the Heathrow expansion still be needed in ten years’ time? It’s difficult to say. But the runway and its consequences – hundreds of thousands of new flights every year – are likely to endure.

Is technology to blame? I doubt it. Instead, the problem seems to lie in how we use it and who benefits from it. In fact, technology might be a great ally if we are willing to change our current economic model. Many of today’s jobs can be done remotely. We can cut the demand for paper dramatically thanks to digitalisation. Architects and engineers now know how to design buildings with fewer energetic requirements. And many cities are being reshaped to reduce our dependence on private motor vehicles. The list of possible improvements is endless. We just need political action to embrace them.

In the 19th century, Auguste Compte and the early positivists believed that science would set people free. Keynes also envisioned a future where people would work a mere 15 hours a week. Technology would do all the hard work and people would have more time to spend with their loved ones, and to devote it to arts and leisure.

More than a hundred years later, Western societies look more like a Black Mirror episode than this utopian dream. But it might not be too late to steer the wheel and create a better world. One in which the environment is respected and the benefits of progress are more equally shared.