Jeremy Corbyn was all of us at PMQs today, with this withering assault on Theresa May's Brexit chaos [VIDEO] - Canary 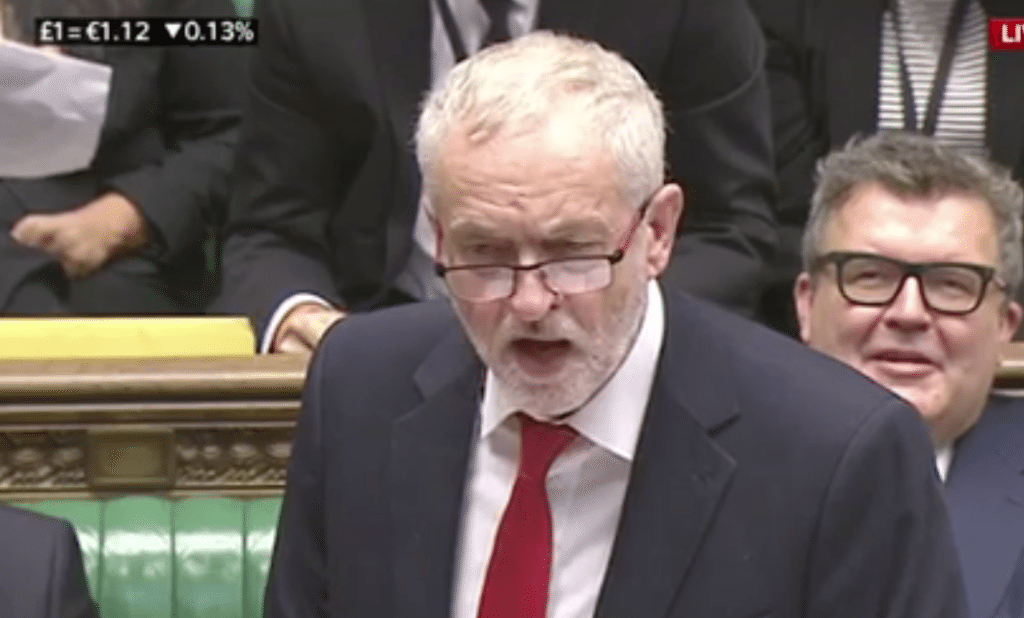 Jeremy Corbyn managed to raise a laugh from everyone except Theresa May at Prime Minister’s Questions on Wednesday 26 October, by finding a novel way of summing up the government’s car crash approach to Brexit.

May is facing a disastrous few days in office. She has made a dramatic U-turn on the third runway at Heathrow, approving plans after nearly a decade of vigorously opposing the expansion. The U-turn saw Zac Goldsmith quit as a Conservative MP and split the party. The Prime Minister also attempted to apply pressure on SNP leader Nicola Sturgeon, warning her not to “undermine” the government’s plans for Brexit – and it blew up in her face.

May was also secretly taped giving a private talk to bankers from Goldman Sachs prior to the EU referendum, giving truly dire warnings of the impact of Brexit. This is deeply inconsistent with her ‘Hard Brexit’ approach since becoming Prime Minister.

There is not a front on which Theresa May appears to be winning right now. Not even at PMQs, against a Labour leader whose party is actively conspiring to topple him against the wishes of the membership.

It’s not clear how much longer May will be able to keep her position without an election. And her survival will likely depend on backroom negotiations with the likes of Boris Johnson and other potential opponents, who may favour a compliant May in power for now.