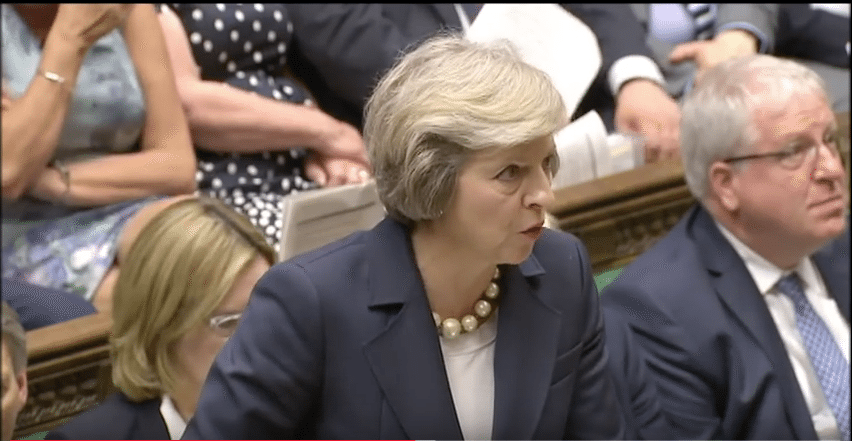 Theresa May seeks to project the image of a 21st-century Iron Lady, but the last 24 hours of political calamity have melted the iron veneer. Resignations, U-turns, gaffes. It has been the omnishambles to end all omnishambles.

Heathrow: To be, or not to be

When David Cameron came to power in 2010, he promised the public they could ‘Vote Blue, Go Green’. From his cycling to work, to his husky sled trips in Alaska, the new Conservatives were all about keeping our green and pleasant land just that – by recognising the urgency of action on climate change.

In light of this, putting a third runway at Heathrow Airport and increasing the air traffic (and therefore pollution) over London and surrounding areas was viewed as pretty inconsistent. Cameron promised he would oppose a third runway on these grounds; “No ifs, no buts“. The battle between the pro-expansion Airport Commission (backed by a large section of the Conservative Party) and the former Prime Minister continued until his final days in power.

The two faces of Theresa May

Theresa May has always been a vocal opponent of the third runway. She sent newsletters to her constituents promising to “fight to stop” a third runway at Heathrow. And while Home Secretary, she even lobbied the independent Airports Commissioner over environmental risks from the proposed expansion. In 2010, she celebrated the “victory” of the Cameron government scrapping plans for the third runway. Her opposition continued throughout the Coalition and Cameron governments. Until she became Prime Minister, and gave the project the green light this week.

Worse, her team then attempted to hide all traces of her former opposition to the plans – which sent the media into a tailspin.

From one of the now-deleted pages on Theresa May’s website: “Theresa is firmly against plans to build a third runway at Heathrow…" pic.twitter.com/EGc9hyuPe7

Billionaire environmentalist and the Conservatives’ defeated candidate for Mayor of London Zac Goldsmith resigned as a Conservative MP at news the government was pushing ahead with the third runway. He will be standing for his Richmond constituency as an independent candidate, with Conservative MPs vowing not to stand against him.

Goldsmith’s resignation leaves unelected Prime Minister Theresa May with a party divided over grammar schools, Britain’s future in Europe, immigration and the single market, the meaning of Brexit, and now, the expansion of Heathrow too. With a majority of just 10 seats in parliament, and a rejuvenated opposition north and south of the border – May is in big trouble.

Boris Johnson is rumoured to be plotting his own coup based on Heathrow and Brexit. Michael Gove is lurking in the wings like some sort of bespectacled Frank Underwood. There is a growing sense that the wheels are coming off just about everything at the moment. But a divided government and mutinous Parliamentary Labour Party have devolved the most serious discussions to nationalist parties in Scotland and Wales.

If things continue this way, we may be holding a general election sooner than 2020.