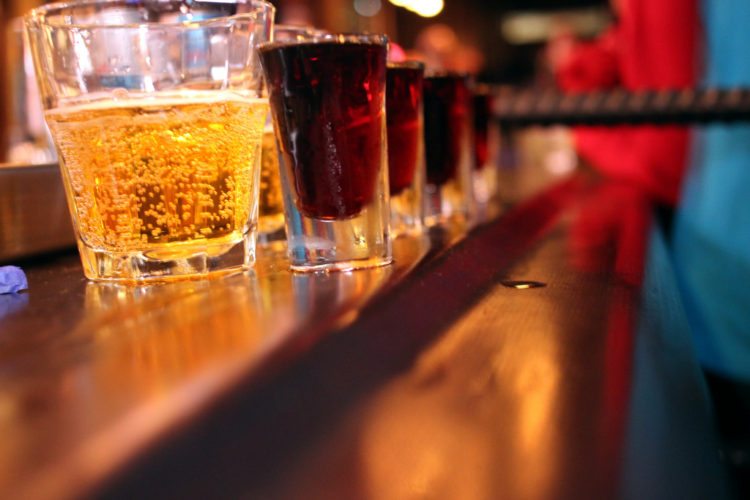 Vodka Red Bull, Jägerbombs, and numerous strange brews in colourful bottles are standard fare for many people on a night out. But now it appears that mixing alcohol and caffeine-containing energy drinks may cause changes in the adolescent brain similar to taking cocaine, according to research published in the US.

Adolescent mice were given this mixture, and scientists found that they became less sensitive to the pleasurable effects of cocaine. At first glance, this may sound positive. But it means that the mouse has to use more cocaine in order to get the same feeling as a control mouse. Study author Richard van Rijn said:

Their brains have been changed in such a way that they are more likely to abuse natural or pleasurable substances as adults.

Researchers detected increased levels of a specific protein, indicating long-term changes in the brain. Elevated levels of this protein also occur in those abusing drugs such as cocaine and morphine. Van Rijn commented:

That’s one reason why it’s so difficult for drug users to quit because of these lasting changes in the brain.

These alcohol studies can’t use human adolescents for legal and ethical reasons. This might lead some to question whether the results from mice transfer accurately to humans.

But one important reason for using mice as models for addiction research is because we share the same reward pathway. Both mice and humans find cocaine pleasurable because it releases the ‘reward chemical’ known as dopamine. Studies on cocaine’s effect on mice help to explain human drug-seeking behaviour.

A warning on combining drugs

This research shows that drugs in combination can be much more dangerous than drugs used by themselves.

When cocaine is combined with alcohol, it creates a third chemical called cocaethylene, which has been associated with seizures, liver damage, and a massive increase in risk of immediate death.

Combining alcohol and cannabis significantly increases levels of THC in the brain. And using even small amounts of ketamine when drunk can result in nausea, vertigo and vomiting.

Understanding the ways in which different drugs change the brain is crucial if we are to minimise the risks involved.

– Check out Erowid for information on drugs and their combinations

– Call the Addiction Helpline for non-judgemental and caring support

[From the Science Editor: The Canary understands that there are strong opinions around the use of animals in scientific research. We’ve written about the issue previously. Our policy is simply to report on research such as in this article. As ever, we value your feedback on this sensitive topic.]