A Sunday Times film critic goes to war with Ken Loach over 'I, Daniel Blake'... and loses, spectacularly [EDITORIAL] - Canary 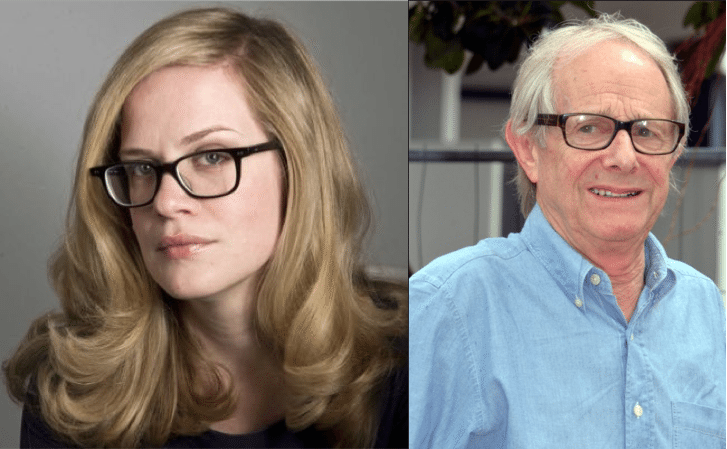 A Sunday Times film critic has gone to war with film director Ken Loach for daring to portray the painful, stifling and maddening existence of life as a benefit claimant in Britain today – and she has already lost.

Poor Ken Loach. I'd be fucking angry if I wasn't Mike Leigh, too

Loach’s latest film follows the kafka-esque tribulations of carpenter Daniel Blake after he suffers a heart attack, and requires the support of the welfare state. The work capability assessment system, the unfeeling Jobcentre staff, the administrative errors for which no one is seemingly responsible, and the synthetic optimism of job coaching classes. The film is devastating. And it is only devastating because it is true.

The names that match the numbers

The government’s own statistics show that between 2010 and 2011 10,600 sick and disabled people died within six weeks of their work capability assessment by Atos and the DWP.  These people spent their final weeks on earth, being harassed by the Jobcentre through late payment notices and threats of eviction as their social safety net was ripped away.

As this horrific figure of more than one person every hour is almost too large to conceive, here are some names among that number.

Linda Wootton, 49, was on 10 different types of medication each day after a double lung and heart transplant. She was weak and suffered regular bouts of blackouts. She was put through the Atos Work Capability Assessment, and as she lay in a hospital bed dying, she received confirmation she was ‘fit to work’. She died just nine days later. Her husband Peter said:

Brian McArdle, 57, had been left paralysed down one side, blind in one eye, unable to speak properly and barely able to eat and dress himself after a stroke on Boxing Day in 2011. Despite this, he was deemed ‘fit to work’ by Atos. He died of a heart attack the day after his benefit payments were stopped.  His 13 year-old son Kieran told the Daily Record:

Colin Traynor, 29, suffered from epilepsy. He was deemed ‘fit for work’ by the DWP after an Atos assessment and forced to enter a lengthy, bureaucratic process to appeal the decision – during which his benefits would be frozen. He did not live to see the result of his appeal. Five weeks after his death, his family received the news that his appeal was successful. Too late for Colin. His father Ray said:

The government quickly stopped counting the number of people dying while undergoing work capability assessments, but as the project only accelerated – we can safely assume that things at the least remained the same. At the rate at which people are dying – these three represent the death toll in only the last three hours. This is not the occasional poor decision. This is a Linda, a Brian, or a Colin – every hour, all day, every day, dying because this system is designed to throw people out of the social security system.

But for Sunday Times film critic Camilla Long, this world does not exist. Describing the film as “a povvo safari for middle-class do-gooders”, Long can’t seem to get her head around the idea that anyone could find themselves so hopelessly trapped. Her giveaway is this section:

Long finds the film so hard to believe because she has literally no idea that people actually live like this in Britain. Presented with the possibility, she blames both Loach and anyone who ‘allows’ themselves to sink so low in life.

A 2015 report by The Independent found that more than 50,000 families had been shipped out of London by local councils in the previous three years, due to benefit cuts and soaring rents. That’s 500 families a week. The report states that these families were moved “to locations including Manchester, Bradford, Hastings, Pembrokeshire, Dover and Plymouth.”

…it never feels quite genuine.

This is never more obvious than in a scene at a food bank, where Katie is so hungry, she breaks into a can of beans in front of the horrified workers. It is meant to feel raw, feral, real — the benefits system makes animals out of all of us. But it felt manipulative and ridiculous.

There are currently more than 1.1 million people in the UK dependent on food banks. This is up from just over 40,000 prior to the austerity policies of the coalition government. Yet Long doesn’t find it believable that such staggering levels of poverty and desperation might drive people to feral behaviour?

What would Long make of the plight of Daniel Guantlett? The 35-year-old homeless father froze to death on the porch of an unoccupied bungalow in Kent, because due to the government’s anti-squatting laws, he feared arrest if he slept inside. And what about Ranjit Singh? The 48-year-old was crushed to death by a garbage truck after spending the night sleeping in a wheelie bin to stave off the cold. In researching this piece, I was stunned to find a string of such stories in recent years. In 2012, The Independent reported the body of a 50-year-old homeless man (unnamed) found by another waste company in the Wirral having suffered the same fate. The same happened to a 30-year-old man in November 2009. There are many other examples.

But this is a world Long clearly knows less than nothing about. But that doesn’t stop her having an opinion. Her writing drips with contempt. Not just for Loach (for telling the story), but for anyone who might actually find themselves living the life of Daniel Blake. In doing so, she has betrayed an ignorance so deep and craven as to serve as testimony to her entire class. As Twitter users pointed out:

@GraceMurphy2 @Geoff_Andrew Her review say more about her ! And none of it is good @camillalong

The photo of her caviar indulgence says it all – wouldn't expect compassion or humanity from a Murdoch hack.

It reminds me why I no longer buy the Sunday Times.

The only person guilty of being “patronising and simplistic” here is Long. Perhaps if she popped on a pashmina and took an Uber out of Westminster, or Primrose Hill, or whichever island of privilege she resides in, this wouldn’t have to come as news.

– Find out how you can support the work of the Trussell Trust network of food banks here.