Mexico responds to Trump's victory, but it's not the response you'd expect - Canary 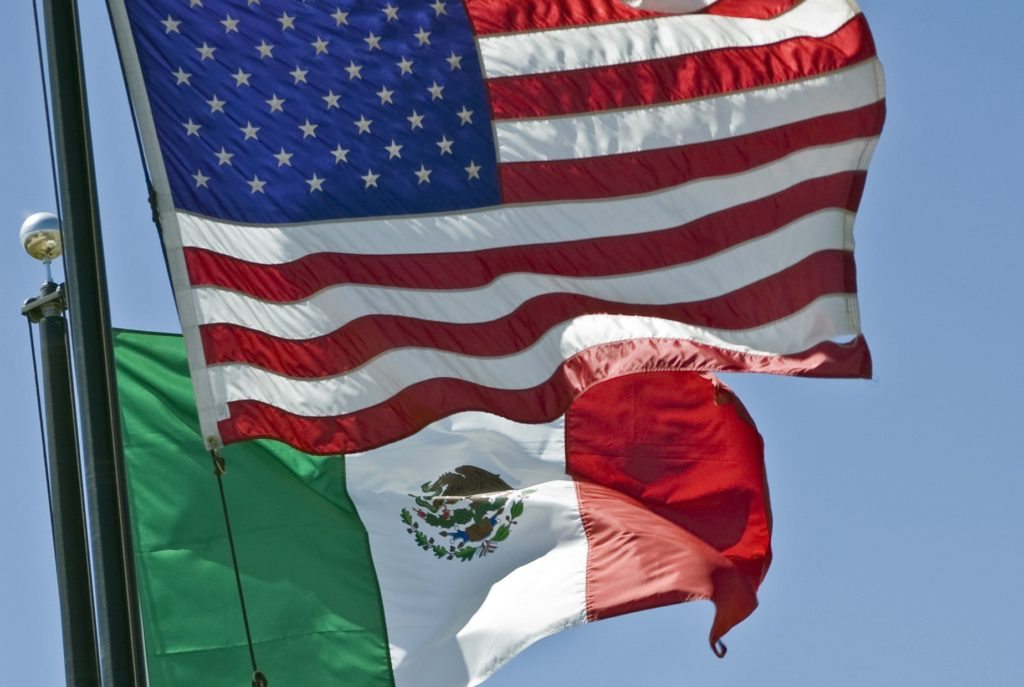 Judging by Donald Trump’s aggressive rhetoric towards Mexico during his presidential campaign, the country’s response to his victory wasn’t what we might have expected.

Immigration was a key issue in Trump’s campaign. He announced proposals to deport millions of migrants. And for many US voters, his plan to build a “big, beautiful, powerful wall” on the border with Mexico was a very attractive proposition. Especially as he promised Mexico would pay for it. But he went even further. In attacking Mexican migrants, he essentially called them drug dealers, criminals, and rapists. And that was something Mexicans weren’t going to forget easily.

A timid response from the Mexican President

Despite Trump’s offensive comments about Mexicans, Mexican President Enrique Peña Nieto actually invited the controversial Republican to Mexico during his electoral campaign. That was a very unpopular move. And especially for a sitting president whose approval ratings had fallen to 23% in recent months.

But after Trump’s victory, Peña’s response was just as unpopular. He simply said:

Mexico and the United States are friends, partners and allies and we should keep collaborating

A very conciliatory tone. And understandable when we consider the US is Mexico’s main trading partner. But a tone that Trump’s aggressive campaign rhetoric probably didn’t merit.

The impact of Trump’s win on Mexico

Trump’s wall, his opposition to the USA’s free trade agreement with Mexico and Canada, and his plans to tax the money migrants sent home would all have an impact on the Mexican economy. And as it became clear that Trump was going to become the next US president, the Mexican peso plummeted to its “weakest-ever levels”.

But in this environment, Mexico’s official response wasn’t all compliant. Foreign Minister Claudia Ruiz Massieu, for example, stressed that:

Paying for a wall is not part of our vision.

Though she also said:

There has been a fluid, daily communication with different members of the [Trump] campaign.

Mexican reluctance to paying for Trump’s expensive wall aside, there were already suggestions in the US on 10 November that the wall may end up as a simple fence extension.

The response of the Mexican people themselves to Trump’s victory was a lot stronger than their government’s. Across the media, there were quotes from Mexican citizens like:

I’m scared for the world. He is the Antichrist.

Americans have disappointed me… I feel the hatred. I’m sad and worried.

But there was not just an atmosphere of anger. There were also attempts to see the silver lining. Award-winning Mexican journalist Emiliano Ruiz Parra, for example, told The Canary:

Yesterday was a dark and difficult day for Mexico… Similarly to many of my Mexican friends, I am sad. I am disgusted by a man who engaged in sexual harassment many times. On the other hand, I think that a Trump presidency will make it very clear to many Mexicans who the political enemy is.

If Clinton had won, he said, the damage caused to Mexico would have been less obvious, even though “Clinton was not necessarily very different”. The border fortification, for example, began under her husband’s administration. And Clinton’s ideological ally Barack Obama was consistently called “deporter in chief”, having deported more people from the US than any other president.

As a free trade supporter, meanwhile, Clinton supported policies that have really hurt the Mexican people in recent decades. And her legacy of political interference throughout Latin America would also have been a significant cause for concern.

Speaking about how Trump is a more visibly obvious adversary for Mexicans than Clinton, Ruiz insisted that both centrist and left-wing citizens could now unite. He said:

Although a racist discourse has arrived in the White House, it’s a move that we can take advantage of.

In short, while the current Mexican government may have taken a soft stance on Trump’s aggressive and offensive rhetoric, it’s unlikely that Mexico’s citizens will take the new US President’s attacks lying down.

– Read the featured book to find out more about the current political context in Mexico.

– Read more about how the Mexican government has tried to sweep the Ayotzinapa case (related to the forced disappearance of 43 student teachers) under the carpet. Read more on the current human rights situation in Mexico from Amnesty International here.