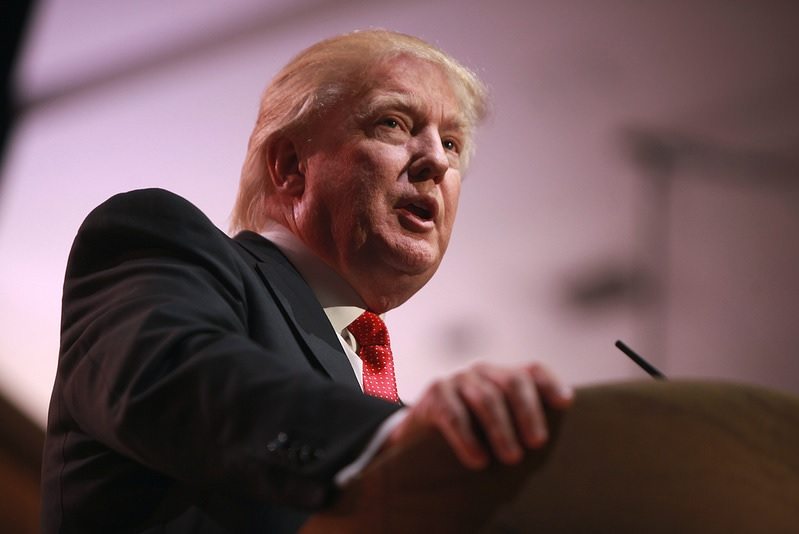 One country’s government has responded to Donald Trump’s victory in the US presidential election with absolute glee. It believes he is the ‘right’ kind of man to capitulate to the appalling aspiration it’s been wanting to implement for years.

The country in question is Israel. And its government’s stated aspiration is to destroy the idea of a Palestinian state once and for all.

This land is ours

President-elect Trump is a true friend of the State of Israel. We will work together to advance the security, stability and peace in our region.

I’m certain that President-elect Trump and I will continue to strengthen the unique alliance between Israel and the United States, and bring it to new heights

Israeli President Reuven Rivlin also congratulated the Republican candidate, and claimed that the triumph showed that the US is the world’s “greatest democracy”. He continued:

I hope together Israelis and Americans can grow our innovation and cooperation, which are the fruits of liberty, and equality.

Yet exactly whose “liberty” and “equality” the Israeli President was referring to was not made clear until Israel’s Education Minister Naftali Bennett chimed in. He said:

Trump’s victory is a tremendous opportunity for Israel to immediately announce its intention to renege on the idea of establishing Palestine in the heart of the country – a direct blow to our security and the justice of our cause.

The era of the Palestinian state is over.

So Trump’s election, some officials hope, will guarantee security, justice, liberty and equality for Israeli citizens. And it will do that by removing the idea of a Palestinian state, which would provide exactly those same rights to the Palestinians.

The US has a longstanding and close relationship with Israel. And it’s rare for any American president to act against the Israeli government for its brutal treatment of the Palestinians. Or against its occupation of, and settlements on, Palestinian land.

We can see the long-term results of this on the following map:

While both George W Bush and Barack Obama have publicly criticised the Israeli government’s actions, those criticisms seldom translated into meaningful action. In addition, Obama just signed off on the largest military aid deal with Israel in US history.

Trump’s rival for the presidency, Hillary Clinton, is another case in point. While she has condemned the Israeli government’s continued settlement building on Palestinian land, she has also fought against any policies that could stop it. And she even favoured a rigged election in the Palestinian territories in the past. That’s an indication of how little she truly values an independent Palestinian land.

The future for Palestine under a Trump administration

No one as yet truly knows what Trump will do about the Israel and Palestine conflict. Palestinian officials hope “that peace will be achieved during his term” and expect his adminstration:

to implement a two-state solution.

Trump committed during his campaign to remain “neutral” on the issue. He also questioned Israel’s determination for peace. But he later flip-flopped and gave Israel support to declare Jerusalem its capital, although almost the entire international community does not agree. And he said the government should “keep moving forward” with settlements.

The President-elect has also surrounded himself with pro-Israel voices. His Vice-President is Mike Pence, who is pro-Israel, anti-abortion, and against gay rights. The ex-Mayor of New York Rudy Giuliani, meanwhile, is likely to get a top post in Trump’s administration. He is staunchly pro-Israel.

So the odds don’t look good for Palestinians with Trump at the helm. But that’s also been true under the majority of US presidents. So Trump isn’t necessarily a break from the traditional US stance on Israel. He’s just a pliable and crude continuation of it. And it’s that tragic fact that the Israeli government is celebrating.