This is George Osborne's first tweet about Trump's victory, and it's seriously strange - Canary 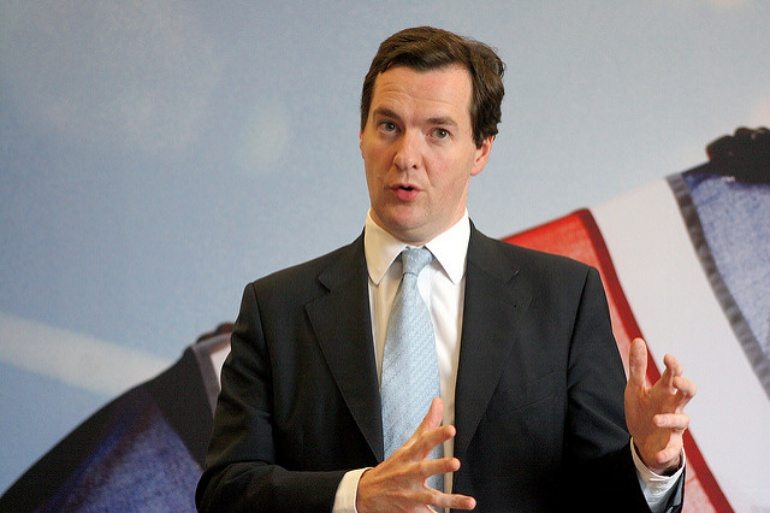 Former Chancellor George Osborne has used his first tweet about the US election in a seriously strange way. Instead of commenting on Trump’s victory, he decided to attack Trump’s critics, namely the anti-Trump protesters who took to the streets of New York. But he hasn’t had the response he’d hoped.

While in New York, Osborne tweeted:

Came across this anti-Trump protest here in New York last night – can't help wondering how many of them voted …. pic.twitter.com/rZw6bsC8ks

But Twitter was not impressed. Some pointed out the narrow margin by which Trump won. And highlighted Clinton’s majority in New York:

Others pointed out that those protesting are likely to be the most politically engaged:

if they are engaged enough to protest in the cold, then it's likely they voted. This is why you are out of a job, George.

I imagine all of them. They are using their democratic right to protest while they still have it.

Meanwhile, some took the opportunity to remind Osborne of his own record:

You threw the UK in to catastrophic Debt, defended wealthy interests and destroyed the lives of normal decent UK citizens…

Go away George. You gave away Brexit with your and Piggy Dave's useless EU Ref campaign

And then there was the fact that people have a right not to vote in a system they feel is fundamentally flawed:

It’s OK, Osborne predicted it all

Osborne saved his deeper analysis for a column in The Sun. In an article warning Theresa May that she needs to “work closely with Donald Trump to curb his disastrous ideas”, Osborne reverted to his smug form. And he blamed New Democrat/New Labour ideas for causing this crisis:

Back in the 1990s, when I was writing speeches for then Tory leader William Hague, we predicted that this form of politics would “lead from fascination and admiration to disillusionment and contempt”.

It took much longer than we bargained for, but now it has ended up in an exhausted heap of contempt, and given us Jeremy Corbyn at home and Donald Trump abroad.

Somehow, in Osborne land, the right-wing elite of which he is a part played no role in this “disillusionment”. Nor did the disastrous Remain campaign, of which he was also a part, and which saw a massive anti-establishment vote against his own government.

Trump brilliantly captured the insecurity that so many feel in this country, and turned their cry for help into an angry movement of change.

But it’s Osborne’s crippling austerity programme that has caused so much of the insecurity that the UK is facing. According to Psychologists Against Austerity, instability and insecurity are one of five “austerity elements”. The others are “humiliation and shame…, isolation and loneliness, being trapped or feeling powerless, and fear and distrust”.

Since Trump’s victory, protests have been sweeping America. Thousands are taking to the streets, with students walking out of schools and colleges. Many are feeling a real need to express both their anger and their opposition, chanting “Not my president”.

For a man who has himself caused so much misery to criticise those protesters is contemptuous and insulting. And for him to do it as his very first tweet on a result that has shocked the world is downright strange.