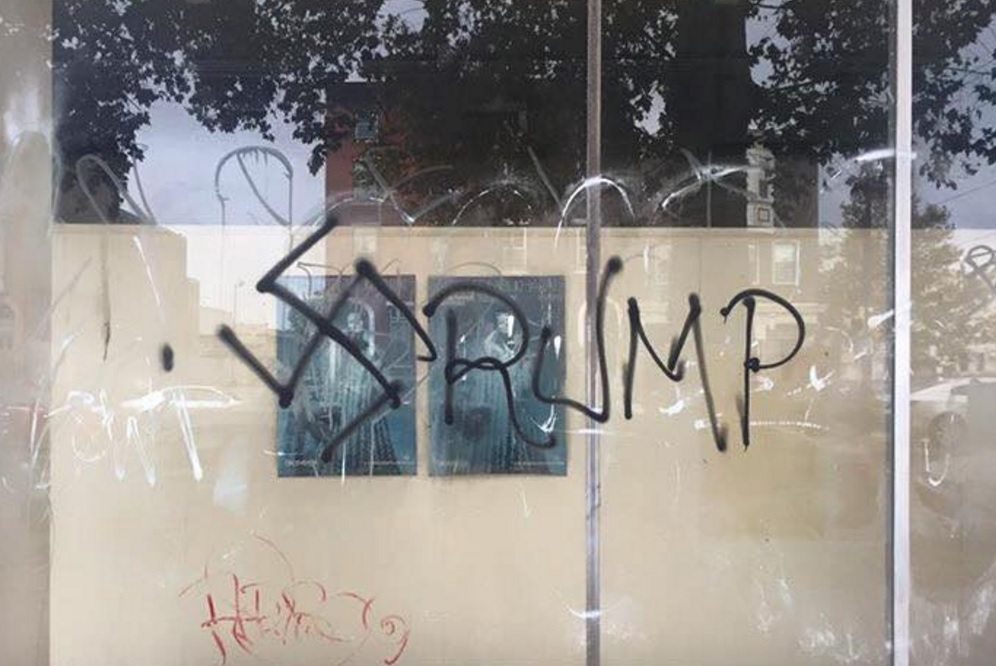 WARNING: This piece contains material which readers may find offensive. The purpose of sharing it is simply to convey more accurately what is going on in post-election America.

Donald Trump became the next US President this week in spite of his racist, misogynistic, and inflammatory rhetoric. And while some of his supporters may have thought he’d become more statesmanlike after winning, day one in post-election America suggests that the division sown during his election campaign is only going to get worse. Here are just a handful of the shocking events from 9 November.

Judging by the support Trump has received from white supremacist groups like the Ku Klux Klan (KKK), it should come as no surprise that ethnic minorities in the US have already come under attack:

African Americans have had racist pro-Trump graffiti placed on their cars. Children have told them to “go back to Africa”. One message on a wall read “black lives don’t matter”. White supremacist graffiti has appeared in schools. And non-white citizens have been told to go to the back of the bus – in an echo of historical US apartheid policies.

Indeed, there are reports that a number of schools have seen a post-election rise in ethnic intimidation. Many children now believe, apparently, that Trump’s divisive and offensive rhetoric is acceptable.

Other targets of racism

African Americans haven’t been the only ones to suffer the backlash of Trump’s victory. Trump fans have also told Asian Americans to ‘go back to their countries’, and that “pure America is finally going to come back”. And if there was any doubt about the links between these events and the presidential election, one man told a woman: “We won. Now get the f*ck out of my country.”

Muslim Americans – women in particular – have been another focus of post-election abuse:

Not even 24 hours yet. My friend's sister, who is Muslim, had a knife pulled on her by a Trump supporter while on the bus by UIUC campus.

A leaked audio made waves during the election campaign. In it, Trump spoke about grabbing women’s genitals. And it appears the President-elect’s supporters are now following his example. One woman described on Facebook how a Trump supporter had grabbed her “by the crotch”. And it appears other supporters think sexual assault is some sort of joke:

The hatred sparked by Trump’s campaign, and now his victory, is visible for all to see. And the LGBT community is just another of America’s minority groups that Trump supporters have been intimidating.

In short, America can resist the new wave of attacks on minority groups in the post-election environment. But they must stand up now, before it’s too late.

– For more tweets from day one in Trump’s America, see here.