If you're only going to watch one Christmas video this year, make it this one [VIDEO] - The Canary 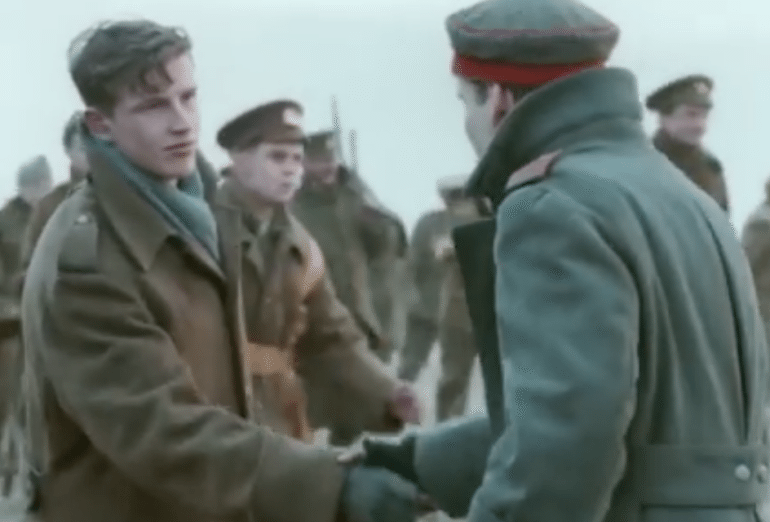 It’s that time of the year when the Christmas adverts start coming out. John Lewis released theirs this week and, as usual, it has taken up many column inches in the mainstream media.

But this year, the campaign group Stop Funding Hate has released its own video. And not only is it a parody of the John Lewis adverts, it’s also aimed at the retailer, and others, who advertise with the tabloid press.

Over three million people have watched the video, which combines the type of imagery and music typically associated with Christmas ads, but with subtitles that provide a different message:

This is not a Christmas ad but it is about them.

Every year there’s another beautiful story with a message about looking out for others even if they are distant strangers. Even if we’ve been told they’re our enemy.

But once the tinsel has been taken down everything changes and the millions of pounds we spend at John Lewis, Sainsbury’s, Waitrose, and M&S is used to buy adverts in papers with another message. That some of us are different. That some of us are only a PROBLEM, a BURDEN, or a THREAT.

The money we spend on gifts is used to stir hostility. Dividing us against each other.

But the video also offers an alternative:

2017 could be different. Thanks to pressure from customers and staff The Co-Op has just committed to reviewing where it advertises in light of its values.

It finishes with this simple message:

So this year, we’d like every brand to not only tell us a story but ask a question. What if goodwill to all wasn’t only meant for Christmas?

Stop Funding Hate was launched earlier this year following the Brexit vote. According to its Facebook page, the campaign aims to:

Take on the divisive hate campaigns of the Sun, Daily Mail and Daily Express by persuading advertisers to pull their support.

These three newspapers have a long track record of sowing hatred and fear within UK society, skillfully playing off one group against another in pursuit of their divisive political agenda. That hate campaign reached new heights during the European Union referendum, when an upsurge in scare stories about EU migrants accompanied a wave of racist attacks against immigrant families living in the UK.

There have to be many facets to any campaigns against racism, and there is an enormous need for them to also encompass grassroots action and direct solidarity. Alongside this video, “Stop Funding Hate” has trended on Twitter following The Daily Mail’s headline about judges being the “Enemies of the People”.  It has also targeted Lego with a viral letter campaign. And these culmulative efforts give their campaign a good chance of making a difference.

After all, it has the potential to hit the papers exactly where it will hurt them most: their profits.