Turkey's president is being tried for 'war crimes', and his time may be running out - Canary 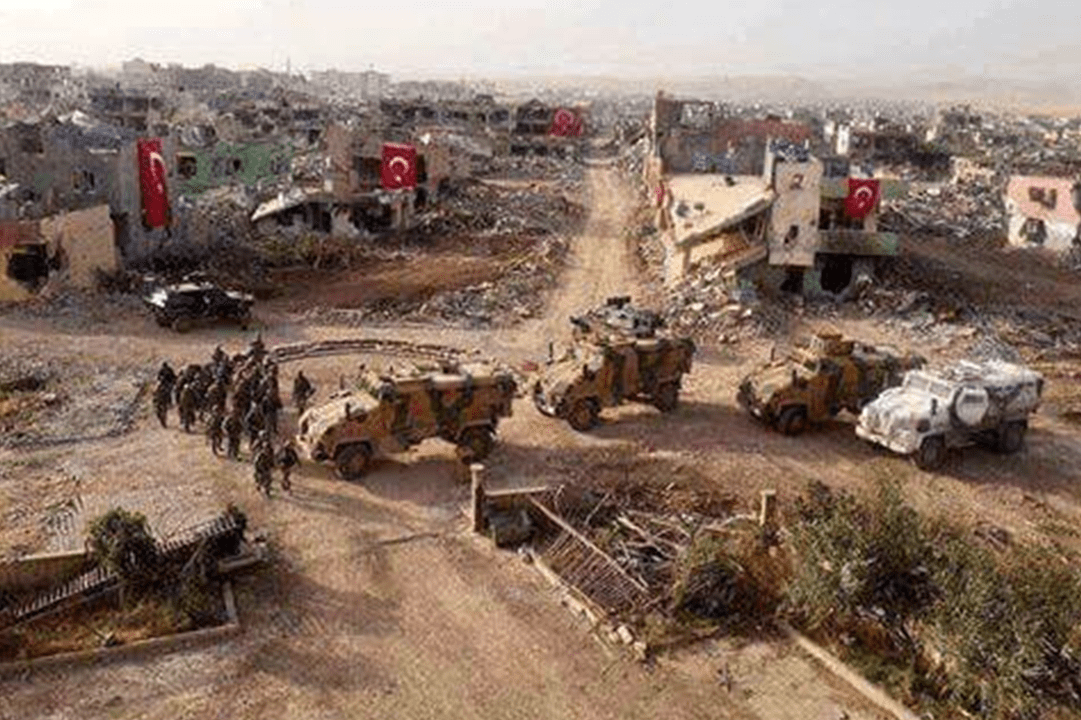 The International Criminal Court (ICC) is currently being asked to take action against Turkish President Recep Tayyip Erdoğan and his ministers. Lawyers, meanwhile, have slammed their regime for “systematic war crimes”. And the evidence is overwhelming.

Turkey and the ICC

Action through the ICC is the usual way to prosecute a government for crimes against humanity. Because Turkey is not a party to the ICC, Erdoğan and his regime are currently immune. But that doesn’t mean that the ICC has to ignore their crimes. As political scientist Ioannis Michaletos explains:

If the UN Security Council refers a situation that took place in the territory of a state that has both not become party to the Rome Statute for the ICC and not lodged a declaration with the [International Criminal] Court, the Court will still be able to prosecute crimes that occurred within that state.

A petition to the ICC, meanwhile, has attracted over 7,000 signatures. It accuses Erdoğan of supporting Daesh (Isis/Isil), militarising Kurdish-populated areas, and suppressing the Turkish press. The Canary has previously documented all of these issues in detail.

Under German law, it’s possible to prosecute crimes committed outside of Germany. And one current lawsuit claims that Erdoğan is guilty of war crimes against Kurdish communities in Turkey. Specifically, it cites the destruction of the town of Cizre, where state forces may have burned civilians alive. Lawyers Britta Eder and Petra Dervishaj explained:

Our clients consider it a moral duty to bring charges for systematic war crimes in Turkey here in the Federal Republic [Germany] as is possible according to the Code on International Criminal Law.

A guilty verdict could pave the way for Universal Jurisdiction to be applied. This means that even a ‘democratically elected’ president can be subject to arrest at any time. The most famous example of this was when international jurist Baltasar Garzón issued an arrest warrant against former Chilean dictator General Augusto Pinochet.

Since ending promising peace negotiations with Kurdish rebels in July 2015, the Turkish government’s crackdown on dissidents has been escalating. Some potential war crimes include the Turkish state’s military campaign against largely Kurdish areas like Nusaybin and Cizre. Since July 2015, this assault on Kurdish communities has killed hundreds of civilians, displaced hundreds of thousands, and left whole cities devastated.

And Turkey may have also committed war crimes abroad, too. In August 2016, Turkish forces attacked the Kurdish-led Syrian Democratic Forces (SDF) in the autonomous Rojava-Northern Syria region, and allegedly killed at least 49 civilians.

In early November 2016, the Turkish government closed the offices of groups like the KJA – a Kurdish women’s organisation. It shut down 190 Kurdish or pro-Kurdish foundations in total.

Authorities also detained 11 lawmakers from the left-wing Peoples’ Democratic Party (HDP). The US and Europe both criticised the actions. As did Reporters Without Borders.

And there are many other examples of the ongoing repression:

In short, the ICC has more than enough reasons to respond to requests for its intervention in the case of Turkey. And there would be even more justification for its involvement if German courts, or the UN Security Council, rule that President Erdoğan’s regime has indeed committed war crimes. But whether this happens or not, the evidence against Erdoğan is certainly convincing.

– Donate to the Rojava Plan (to support the Kurdish-led system of self-government in place in northern Syria).

– See TurkeyPurge for more examples of people the Turkish regime has sacked or jailed.

– Read The Canary‘s previous articles on Turkey, Kurdistan, and Rojava.