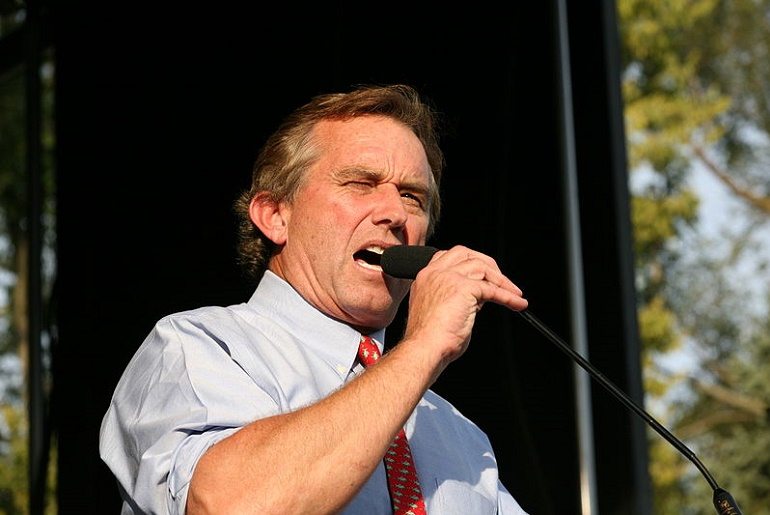 Thousands of Americans have been protesting against the North Dakota pipeline for the past several months. The project developer claims that the proposed $3.7bn pipeline will help the US to become less dependent on imported energy. But campaigners argue that it poses a serious threat to the environment. And now, the nephew of former US President John F. Kennedy has joined the protest, with a powerful message for the corporate powers behind the pipeline.

Robert Francis Kennedy Jr is a well known environmental activist and president of the Waterkeeper Alliance. He has worked on environmental issues throughout the US for decades. He has also helped indigenous tribes in Latin America and Canada to negotiate treaties to protect their homelands.

On 15 November, he joined the protesters in North Dakota. And in a candid interview, he spoke out about the oil corporation behind the pipeline, and about its treatment of protesters.

The future of the North Dakota pipeline

Plans for the pipeline continue, despite the huge amount of opposition. 30 environmental groups, including Greenpeace, have consequently come out to support the protests. They have also signed a letter to US President Barack Obama. Both former presidential hopeful Bernie Sanders and Green Party leader Jill Stein have opposed the development.

While President-elect Donald Trump is yet to announce his views on the pipeline, some media outlets have speculated that he will approve the plans. Time magazine said:

everything else we know about Trump suggests that he would support continuing the project.

The incoming Donald Trump administration will ensure the completion of the controversial Dakota Access Pipeline in North Dakota.

In fact, even the head of the company behind the pipeline has said he’s 100% confident that Trump will support its completion.

Due to Trump’s apparent supportiveness of projects like the Dakota Access pipeline, protesters will no doubt be very wary of what’s to come. But the significant number of well known political figures like Kennedy supporting their struggle will surely give them a boost.

– Read more from The Canary on the pipeline protests.

– Follow the protests online, and find out how to support them.