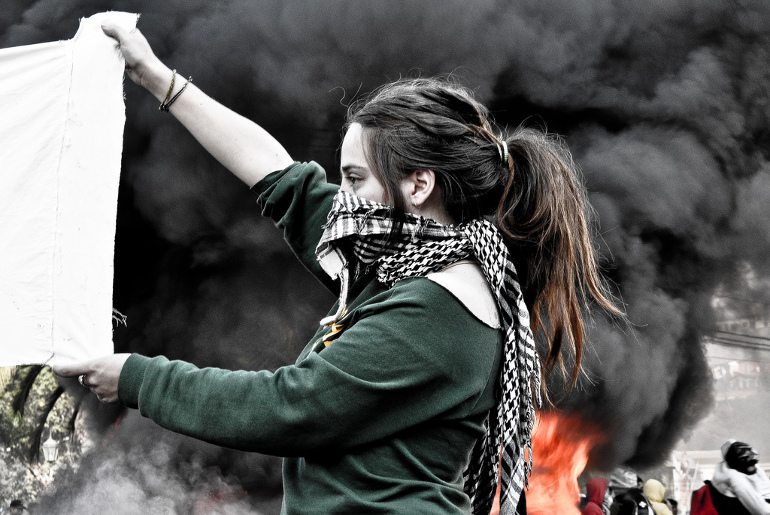 The Ministry of Justice has just published a set of proposals [PDF] that will make it increasingly difficult to challenge controversial projects on environmental grounds. Once the new regulations are passed, plans like the new Heathrow runway or initiatives for fracking across the UK would be harder to contest.

The law allows people to challenge administrative decisions on environmentally sensitive projects through a process called Judicial Review. When an individual or an organisation demands a Judicial Review, the case is brought to the High Court. The High Court evaluates how the decisions were made and their fairness, and then rules accordingly. If applicants lose the case, the Environmental Costs Protection Regime has set a capped fee of £5,000 for individuals and £10,000 for organisations.

But in the new regime, dubbed ‘hybrid’ by the government, the fee will not necessarily be capped. Instead, in some situations applicants will have to provide their financial information. This could open the door for defendants to demand higher fees if they think the claimants can pay more. The final fee will not consider the cost of instructing lawyers, which some believe could make the fees prohibitive.

The Judicial Review process has allowed many environmental victories in the past. Last April, for example, ClientEarth won the right to take the UK government to court over its failure to address the problem of high levels of air pollution. The Canary reported on the case when it came to court in October. More recently, the Preston New Road Action group has issued a legal challenge over fracking decisions on Lancashire. The future hybrid regime could jeopardise these type of initiatives.

The hybrid regime supposedly emerged from a consultation process that took place between 17 September and 10 December 2015. The government claims [PDF p9] to have considered the responses to the consultation “very carefully”. But the official response to the consultation says something very different.

To the question: “Do you agree with the proposal to introduce a ‘hybrid’ approach to govern the level of the costs caps? If not, please give your reasons”, the government received 234 responses. Of those, 230 were from respondents that disagreed [PDF p20]. Most of them argued that the hybrid model would remove certainties over costs liabilities. Some also pointed out [PDF p21] that the new model could lead defendants to demand higher cost caps to put pressure on claimants to withdraw the applications.

Despite these concerns, the government decided to go through with the hybrid regime, claiming [PDF p9] that it: “believes that the changes will not prevent or discourage individuals or organisations from bringing meritorious challenges.”

According to Jamie Beagent, from the law firm Leigh Day, the new proposals conflict with international laws, including those from the EU. They also steer away from the regulations of Scotland and Northern Ireland.

The case of Northern Ireland is telling, as the NI Department of Justice ran an almost identical consultation process. But instead of ignoring the respondents, the department reconsidered the proposals [PDF p5] after finding “widespread opposition”.

In England and Wales, the new regime could be in place as soon as next month.

The new regime sets an important precedent in the post-Brexit UK scenario. By diverging from previously accepted EU values, the UK (or in this case just England and Wales) is setting a direction of its own. The next target could be the European convention on human rights. Theresa May has already sought exemptions from the convention. And David Cameron suggested in the past that Britain could withdraw from the convention to “keep our country safe”. The government seems prepared to dump any European standards it views as unhelpful. But we have to ask who will benefit.

– Support the work of ClientEarth, fighting for a better environment for us all.