The UK's working culture is destroying our well-being - The Canary 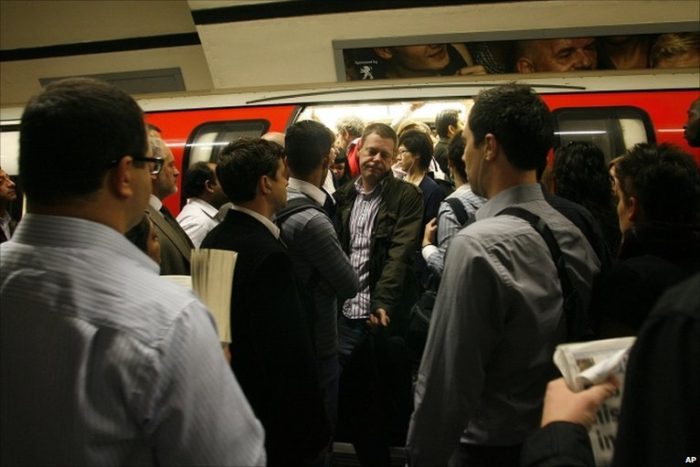 Research published by the Trades Union Congress (TUC) reveals that 3.7 million workers – that’s one in seven of us – spend at least two hours commuting every day.

In addition, last year we found out that the number of commuters travelling for three hours a day or more has risen by 75% over the last decade.

Priced out and delayed

The TUC claims that this increase is due to people being priced out of areas close to their jobs. This certainly holds true for London – the most expensive city for renters in the UK. TUC General Secretary Frances O’Grady argued:

Employers cannot turn a blind eye to this problem. More home- and flexible-working would allow people to cut their commutes and save money.

But if we are to reduce the pain of traffic jams and train delays, ministers need to invest more in public transport and our roads.

Train journeys in the UK are frequently cancelled or delayed. Overcrowding on trains is also an uncomfortable issue. All of this adds up to a long and stressful commute. Other than the impact on the economy and on productivity, there are worrying mental health effects.

The impact on well-being

A study published by the Office for National Statistics (ONS) highlighted that commuters are more likely to feel anxious, dissatisfied, and with a lack of meaning in their daily activities. Moreover, every additional minute spent commuting makes you feel worse up to a certain point.

The report also notes that:

Given the loss of personal wellbeing generally associated with commuting, the results suggest that other factors such as higher income or better housing may not fully compensate the individual commuter for the negative effects associated with travelling to work and that people may be making sub-optimal choices.

By choosing higher pay and better housing over a shorter commute, we are making very real sacrifices to our well-being. But this begs the question: why are we making choices that go against our interests?

A working culture in need of change

Long commutes have become a part of the UK’s working culture. The excessive time spent commuting is one of the main factors contributing to work-life balance problems.

Some argue that the UK has a problem of fetishising work. Striving to be a ‘hard-worker’ means working longer hours. And this is in spite of the fact that working longer hours results in no gain in productivity. The company does not benefit from this extra dedication. The only outcome is that employees suffer and the culture of overworking is maintained.

It is this, coupled with the negative impact of long commuting, which shows that something is quite toxic about our current working culture. There needs to be drastic change. Shorter commutes and working fewer hours are necessary if we truly want to gain a healthy work-life balance.