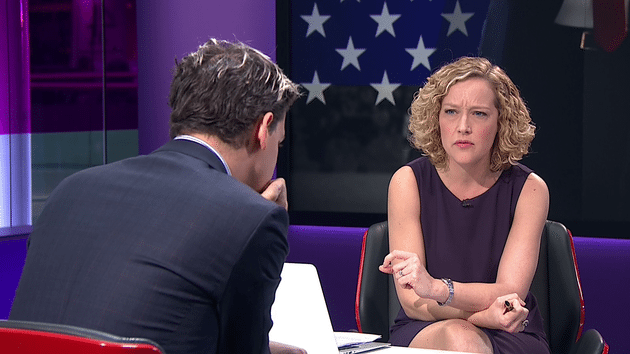 A frank exchange of views between Channel 4 News host Cathy Newman and pro-Trump Breitbart writer Milo Yiannopoulos over ‘fake news’ and the so-called ‘post-truth’ era is being shared widely, with both sides of the argument declaring victory. But looking at it from outside either bubble, something else becomes clear. In the war between the established media and fake news sites – the first victim has been the truth.

This is the moment Milo Yiannopoulos is challenged on @BreitbartNews headlines and so-called “post-truth politics.” pic.twitter.com/9v9wRVBz5r

During an interview for Channel 4 News, Cathy Newman grills Yiannopoulos hard for his comments against women, feminism, and trolling of movements for social justice. Yiannopoulos is unrepentant throughout, claiming he cares about ‘facts’, not ‘feelings’. Of course, when Newman points out that this conflicts somewhat with Yiannopoulos having stated he celebrates the dawn of the ‘post-truth’ era, he is unseated. He explains that what he meant was that facts are not enough, that we must be persuasive and charismatic. And why must we do that, Milo? Because feelings!

There is a lot left unsaid in this debate. First, Newman has her own post-truth skeletons. It wasn’t so long ago that Newman claimed to have been thrown out of a mosque during ‘Visit My Mosque’ day.

I was respectfully dressed, head covering and no shoes but a man ushered me back onto the street. I said I was there for #VisitMyMosque mf

CCTV footage and eyewitnesses later revealed that she had merely turned up at the wrong venue and been politely given directions to the real one. The false allegation was corrected, but not before it had triggered the expected viral vitriol about Muslims and Islam.

In fairness to Newman, this does not prove parity of scale between her and Yiannopoulos. He and Breitbart engage in constant, shameless, fact-free propaganda to further their political agenda. But one reason they are able to do that is the failure of the established media to offer much better.

Whether it is the treatment of alternative economic and political ideas, the cheerleading of the War on Terror, the constant stream of tabloid bigotry, the acceptance of the bank bailout and austerity politics (and its scapegoating of immigrants, welfare claimants, sick and disabled people, and the elderly) – the established media has been largely post-truth since long before Breitbart came along.

Things are not much better in the UK, where study after study finds the British press to be the most right-wing in Europe, and responsible for biased and profoundly misleading coverage. The Sun, like Fox News, is owned and operated by Rupert Murdoch. It is a serial offender in lying to its readers, and yet, here they are in the war on ‘fake news sites’:

Here's a column in The Sun about how "genuine news has become swamped by a wave of prejudice and lies". pic.twitter.com/1H4Yxh07QQ

The problem with established media

The Media Reform Coalition published a report last year entitled Who owns the UK media? It found that the UK media is dominated by a handful of corporations. Just seven corporations own 71% of the entire media establishment:

This has a serious impact on who gets hired, what stories are covered, and how public opinion is shaped across the UK. The Canary explained the detail of that more fully here.

A plague on both your houses

In Shakespeare’s Romeo and Juliet, Mercutio is killed in a dust-up between the rival houses of the Montagues and the Capulets. Although he was a close friend to Romeo (a Montague) and was killed by Tybalt (a Capulet), he curses both as he lays dying. He is only stabbed because of the feud; a feud for which he is not responsible and has made great pains to resolve. As he lays dying in Romeo’s arms, he cries out “a plague o’ both your houses”.

This is a little how the progressive new media and their readerships are feeling watching the established media go to war with ‘fake news sites’ like Breitbart. Both are riddled with corruption, bigotry, and fake news. So soon after the Leveson Inquiry, memories are remarkably short for those who deny this.

On the one hand, the Breitbarts and Infowars of the world are pumping out the very worst racist, sexist, and antisemitic propaganda at a dizzying rate.

On the other, a truly crooked and biased established media is hijacking that fact to attempt a crackdown on new media by going after their revenue streams. This will no doubt hamper independent start-up outlets far more than it will billionaire-backed cesspits like Breitbart. It will also leave the established media untouched.

Play your part in the ongoing media revolution, against the likes of Breitbart and The Daily Mail, by reading and supporting new media organisations that do better.