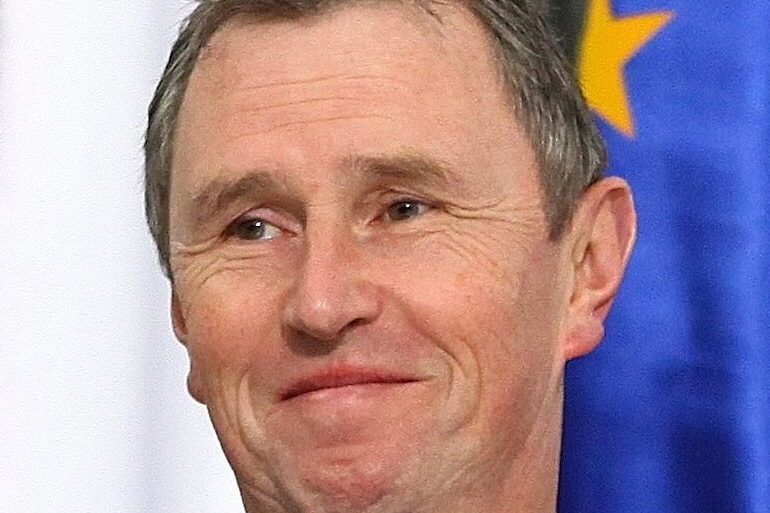 In a televised interview, Conservative MP Nigel Evans revealed that, instead of housing, he would rather see golf resorts built on green spaces. A policy US President-elect Donald Trump would surely be proud of.

And Evans and Trump have met before – at Trump’s Mar-a-Lago estate in Florida in 2012. According to Evans’ spokesman:

Nigel and two others had dinner with Melania and Donald Trump where they discussed UK-US relations, the state of politics, and general world affairs.

Now, in an interview with RT UK‘s News Thing, to be broadcast on 19 November, Evans proposes his luducrious plan.

When host Sam Delaney jokingly asks if the reason Evans wants Trump to come to the Ribble Valley is so that he can “turn the whole bloody thing into a golf course”, Evans responds:

I tell you what, we’ve got a lot of green space there. I’d rather those be turned into golf courses than some of the housing estates that keep being put up there.

When Delaney responds with surprise and asks “haven’t we got a housing crisis?”, Evans replies:

In the Ribble Valley we haven’t.

Nationwide, people are struggling. Home ownership is low. Rent is high. Private rented accommodation is insecure. And homelessness is rising. As Shelter says: “The housing crisis isn’t about houses – it’s about people.”

Furthermore, given the controversy surrounding Trump’s golf course in Scotland, Evans should arguably know better. Especially in light of recent news that the government is unlikely to meet its target of building one million homes by 2020.

Elsewhere in England, councils are asking the government to help them build homes, as quickly as possible.

Are people really “fed up” with the construction of new houses?

So you would rather have… a white elitist golf community rather than houses for all the people who can’t afford them?

We’ve got a couple of golf courses there, but we’ve got massive new housing going in all over the place, and people are fed up.

In 2014, government figures revealed that the Ribble Valley was the most unaffordable place to live in Lancashire. Housing prices are 7.76 times the area’s average salary of £22,787.

Attitudes like Evans’ will ensure that the area remains inaccessible for many who just want a stable roof over their head. But, at least there’ll be golf.

– Write to your MP to ask them to do more about the housing crisis.