While we were busy freaking out about Trump, parliament had a bonfire of our human rights - The Canary 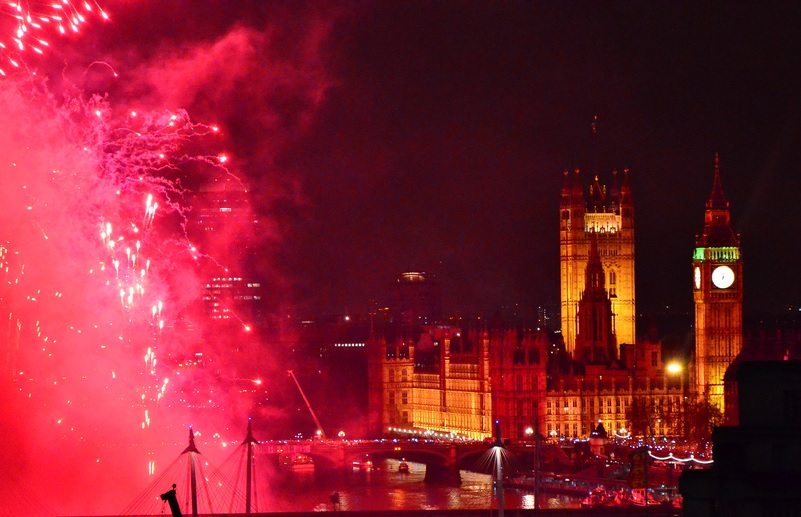 While many people have taken a political recess following Donald Trump’s presidential victory, the UK parliament has been busy riding roughshod over our human rights. And it’s not been content with crushing the freedoms of its own citizens. It has also taken an axe to the liberties of people around the world.

What’s yours now belongs to parliament

The House of Lords approved the Investigatory Powers (IP) bill on 17 November. The bill will put mass spying practices on a statutory footing. Open Rights Group Director Jim Killock described it as the “most extreme surveillance law ever passed in a democracy”. And NSA whistleblower Edward Snowden said the same.

Essentially, the bill will remove the right to privacy for UK citizens. When citizens communicate electronically, or interact with technology, a record of that activity will be stored. And the security services can access those records. So an individual visiting a website, for example, will no longer be a ‘personal’ activity. Because the record of that interaction could surface, or be used to profile people, at any time.

Now that the upper chamber has rubber stamped the bill, it is almost certain to become law. Unless its violations of citizens’ rights end up in court. The UK government has already faced legal action over historical surveillance practices in the Investigatory Powers Tribunal (IPT). But while the IPT ruled that the government had broken the law for 17 years, it issued no punishment.

Your land is not your land

A day earlier, the UK government had dashed the hopes of another set of citizens. In the 1960s and 1970s, the UK government expelled the Chagos islanders from their home to make way for a US military base. More than 2,000 people inhabited the island, a British colony, before the expulsion.

The US wanted an uninhabited place for its base. So the UK obliged by removing the island’s residents to Mauritius, with an insulting ccompensation payment of less than £3,000. The English-language document accompanying that payment, that the Chagossians had to sign, removed their right to return. The majority of the islanders did not speak English.

And the UK government sent a strong message to anyone who considered fighting the removal. Investigative journalist John Pilger detailed that caution in his book Freedom Next Time:

The Chagossians love their dogs; they are inseparable.

Then they paid a man to walk around with a big stick, beating them to death, or trying to… They backed several of their big vehicles against the brick shed where the coconuts were prepared; hundreds of dogs had been rounded up and imprisoned there. Then they gassed them through a tube from the truck’s exhaust. You could hear them crying.

The long fight for human rights

The Chagossians have continuously campaigned to return to the island since their ejection. They were expecting a decision from the UK government on their latest effort on 16 November. The answer was no. The government refused on the grounds of “feasibility, defence and security interests, and cost to the British taxpayer”. Instead, it pledged to throw more money at the issue.

The government of Mauritius is now considering challenging the decision at the UN. It claims the rejection is a “manifest breach of international law” that “outrageously flouts their [Chagossians’] human rights”.

Parliament to remain neutral on its responsibility

Finally, the government held a debate in parliament on 16 November. The debate was on the Balfour Declaration. That declaration, signed by UK Foreign Secretary Arthur James Balfour in 1917, pledged the UK’s support for an Israeli state. Due to the British governing Palestine after WWI, its support hugely advanced the establishment of Israel.

Israel was set up in 1948. This was followed by brutal and large-scale expulsions of Palestinians from their homeland. The refugees created from that dispossession, known as the Nakba, number seven million today. Then came the Israeli occupation in 1967. Palestine is now the site of numerous Israeli settlements. And the Israeli government is attempting to legalise that land-grabbing practice.

The UK government debated whether it should apologise or celebrate the Balfour Declaration, in light of this knowledge. It decided to do neither. When faced with the opportunity to make a political statement on Israel’s treatment of the Palestinians, parliament essentially shrugged.

So Trump is not the fountain of all political ills. The UK government is spewing out a number of harmful decrees itself. And this is the sum total of one week. Imagine what it can do with another three and a half years at its disposal.

– Watch John Pilger’s Stealing a Nation about the Chagossians’ struggle.