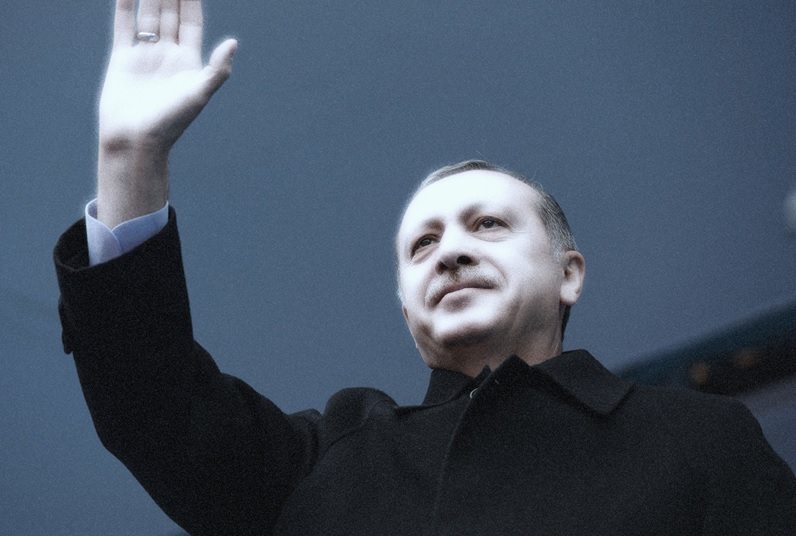 Turkey has just issued an arrest warrant for one of the figures in Syria who is key to the fight against Daesh (Isis/Isil). And this shows yet again why its Syrian intervention is much more about political posturing than fighting terrorism.

Turkish authorities issued arrest warrants for a number of Kurdish political figures on 22 November. One of those named was Salih Muslim, a Syrian citizen who is co-chair of the Democratic Union Party (PYD).

The PYD is the most prominent political party in the autonomous region of Rojava-Northern Syria, whose YPG/YPJ self-defence militias are currently leading the fight against Daesh as part of the Syrian Democratic Forces (SDF). The party is affiliated with the left-wing Kurdistan Workers’ Party (PKK) – a group with which Turkey is currently at war.

Authorities say the warrants are in connection with an attack on a military convoy in Ankara in February, which killed 29 people. The Kurdistan Freedom Falcons (TAK) claimed responsibility for the bombing. As The Canary reported previously, the TAK is not the same as the PKK (or the PYD), which has condemned all attacks that target or kill civilians. Salih Muslim has also insisted that the PYD had nothing to do with February’s attack in Ankara, or any others in Turkey. And the PYD has called Turkey’s allegations “false, baseless and slanderous”.

The Turkish government, however, has significant reasons to blur the line between the TAK and other Kurdish-led groups.

The crackdown at home

The Canary has documented the current Turkish government’s descent into authoritarianism in detail. This has seen authorities arrest politicians, activists, lawyers, and journalists. Usually if they are Kurdish or sympathetic with the struggle for Kurdish rights.

President Recep Tayyip Erdoğan – who could soon be allowed to stay in office until 2029 – has been waging war on his political opponents ever since ending peace negotiations with the PKK in July 2015 (after his party lost support in the June 2015 elections). A big part of his crackdown has been creating the perception of an internal Kurdish enemy.

His military campaign against largely Kurdish areas like Nusaybin and Cizre has so far claimed the lives of hundreds of civilians. It has also ignored the fact that most Kurds (and the PKK itself) want peace. And by cracking down on his political opponents, one Turkish parliamentarian fears that Erdoğan’s regime is killing Kurdish people’s hopes for a peaceful, democratic solution to the conflict.

Erdoğan’s battle against movements fighting for greater Kurdish autonomy has also spread into Syria. In late August, Ankara responded to significant SDF victories over Daesh by helping largely nationalist forces (some with links to al-Qaeda’s former Syrian affiliates) to push southwards into Syria. The aim was to stop the SDF taking more land from Daesh and having greater influence in the area.

The SDF had defeated Daesh in the Syrian city of Manbij in mid-August. And Turkey has since demanded repeatedly that the SDF leave. It has even attacked the group on numerous occasions. Erdoğan now says that Turkish-backed forces in Syria are preparing to move on Manbij*, insisting:

we want the place to be totally emptied of the PYD and YPG.

Erdoğan’s targeting of Salih Muslim seems to be a continuation of these efforts to reduce the SDF’s (and the PYD’s) influence on the Turkish border. While he has no right to interfere in Syrian affairs, he wants his friends in power. And Muslim – whose party has played a key role in the fight against Daesh and in building a multicultural, secular, and democratic alternative in northern Syria – is apparently not a friend of the current Turkish regime.

The anti-Daesh coalition currently relies heavily on the SDF in Syria. Today, Western governments generally recognise it as the most effective ground force in the fight against Daesh. But Turkey is using a number of means to strong-arm the West into dropping its strategic alliance with the SDF. Including issuing an arrest warrant for Salih Muslim.

In short, Turkey’s fight for regional influence – and to prevent the influence of its political opponents – appears to be a top priority for President Erdoğan. Even if that means hindering the fight against Daesh.

And that should be a matter of concern for anyone who wants to see peace in the Middle East.

– Write to Theresa May and your MP. Ask them to urge Turkey to resume peace talks with its Kurdish communities and focus its efforts on defeating Daesh.

– *Read more at Kurdish Question about Turkey’s attacks on the SDF and the self-defence forces of Manbij; about alleged civilian deaths in the Turkish-led offensive; and about the impact Turkey’s move on Manbij is likely to have on the SDF’s fight against Daesh.