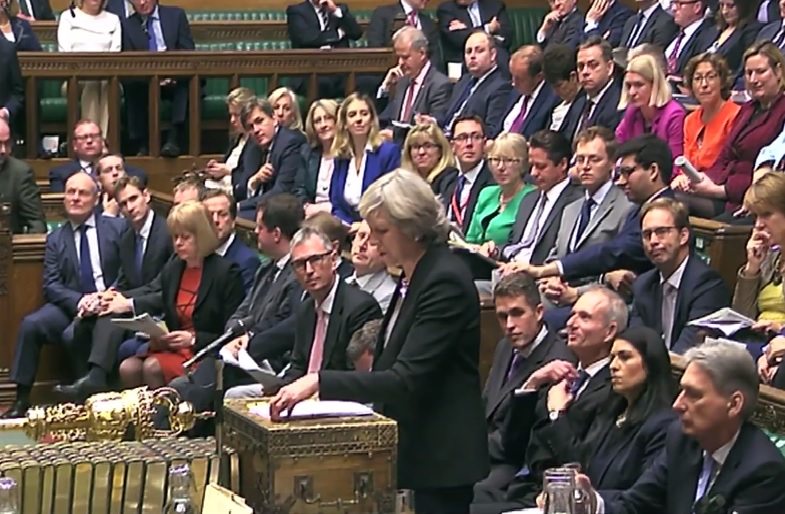 The Conservative government’s controversial universal credit scheme may face an investigation. Great Yarmouth Borough Council has called for the probe after its pilot of the scheme had drastic consequences: it is making people homeless.

One not so neat little package

The Coalition government introduced universal credit in 2010. The scheme combines six benefits and tax credits into one payment. While its implementation began in 2013, Work and Pensions Secretary Damian Green claims it will be completed in 2022.

Great Yarmouth Borough Council is piloting the scheme in full. But its implementation is so damaging to residents that the council has called on the government to intervene.

It has demanded the government start communicating with it over the difficulties, axe one element of the scheme entirely, and launch an investigation into its impact.

The council relayed its demands in a letter to the Department of Work and Pensions (DWP). And it explained that the housing benefit element of universal credit is making people homeless. Due to delays in claimants receiving payments, some landlords are evicting tenants – while others are rejecting any potential tenants subject to the scheme. The letter reads:

It is in everyone’s interests to ensure that the implementation of UC [universal credit] happens as smoothly as possible. The borough council is working closely with partners, including JobCentre Plus, to support people through the transition

However, since the roll-out began in April, councillors have been faced with growing evidence about the way the process has been managed which is causing major concern for landlords and councillors, as well as unnecessary stress and anxiety for claimants who are left without income for a significant period of time

The delays in payments, with some claims taking over eight weeks to process, are also financially damaging the council, because its social housing tenants are in rent arrears. And those who are homeless and living in temporary accommodation often do not receive their universal credit payment until they have left. So the council loses income from that source, too.

As a result, the council wants the housing benefit element removed from the scheme entirely.

A DWP spokesperson called the letter “misleading”, and insisted that the government works “closely with local authorities” to ensure those involved are supported. But this council has councillors from a number of different political parties, including many Conservatives, and the letter was a cross-party one.

Controversy has marred universal credit since its introduction. It has been fraught with delays and costly technical failures that have humiliated the Conservative government. And now, Great Yarmouth Borough Council has broken down the real life damage it can do.

And that’s the calibre of politician plotting the UK’s financial and social future for the next four years at least.

– Take action with The People’s Assembly against cuts.