Hammond tries to copy one of Corbyn's most popular policies, but totally misses the point - Canary 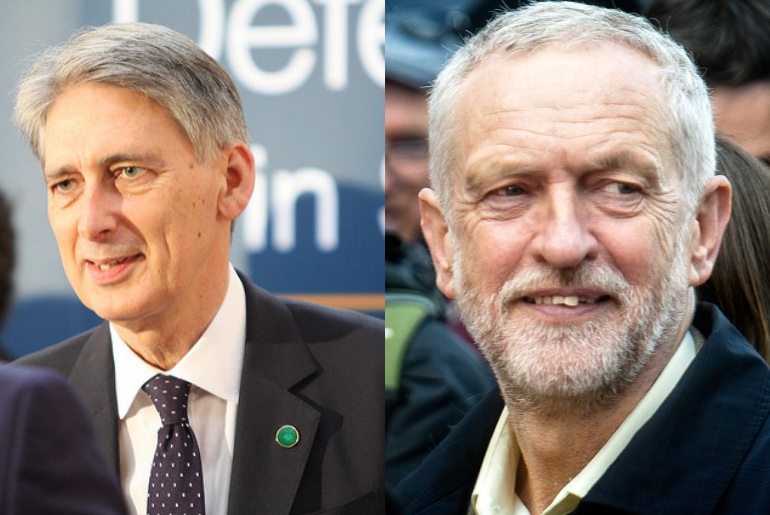 Chancellor Philip Hammond has picked up on one of Jeremy Corbyn’s most popular policies in his Autumn Statement. Unfortunately, he has totally missed the point.

The UK is facing a housing crisis. Spiralling house prices, rents, and the selling off of social housing are all contributing to an increase in homelessness. According to figures released in September 2016, 19,000 households were evicted and forced onto the streets by private landlords in a year. That represents a rise of 200% over five years.

Hammond has, at least, realised that there is a housing crisis. But there is a serious problem with one of his solutions – affordable homes. While Hammond pledged to build 40,000 affordable homes, he failed to define what ‘affordable’ means. Just as George Osborne did in 2015.

Meanwhile, Corbyn’s housing plan is very different. He plans to invest in “social housing” – with plans to build over a million houses – half of which would be council homes. But Hammond is still determined to sell off the housing stock, announcing a continuation of extending the right to buy to housing association tenants.

And even as Hammond is announcing curbs on letting agents’ charges, he is again missing the point. While this is welcome (and something Corbyn has recommended), it is spiralling rents which are causing the real problems. Again, this is something Corbyn plans to tackle. He is advocating a “Tenants’ Rights Charter” to stop unreasonable rent rises, and to “bring decent standards to the private rented sector”.

Hammond is right to notice that one of Corbyn’s most popular policies is on housing. But it doesn’t take much reading between the lines to see that his policies will do very little to relieve the housing crisis, especially for those struggling at the bottom of the pile.

– Write to your MP to ask them to do more about the housing crisis.

– Follow all of The Canary’s coverage on the Autumn Statement.