The Tories just tried to pull a fast one on the NHS, but Labour's leadership wasn't having it [VIDEO] - The Canary 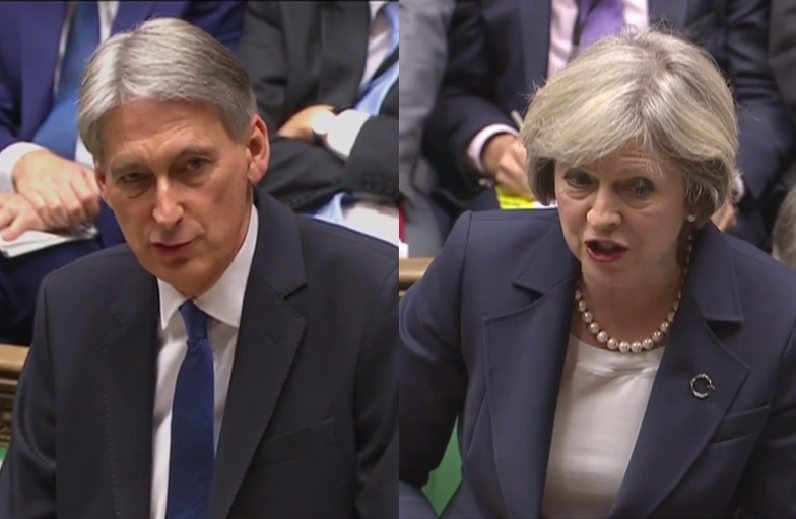 It was a busy day in parliament on 23 November, as it hosted both Prime Minister’s Questions (PMQs) and the Autumn Statement announcement. During those sessions, Prime Minister Theresa May and Chancellor Phillip Hammond attempted to dupe the British public on NHS funding.

But those lies didn’t go unchallenged. Labour leader Jeremy Corbyn and Shadow Chancellor John McDonnell knocked them out of the park.

Corbyn’s first question at PMQs was focused on the NHS. He confronted May with a claim from the head of the British Medical Association (BMA), Dr Mark Porter. That claim was that the government’s NHS reforms, called sustainability and transformation plans, may see £22bn cut from the service.

May responded by saying any ‘savings’ made through reforms in the NHS will be put back into the health service. She continued:

It’s very strange the Prime Minister should say that, Mr Speaker, because the health select committee, chaired by our Honourable friend, the member for Totnes [Sarah Wollaston], says that it’s actually £4.5bn, not £10bn.

The health select committee made that claim in July. It based its figure on spending across the whole health budget, while May’s definition of funding is limited solely to the NHS’s frontline services. Furthermore, the Nuffield Trust suggests the real figure is even lower in real terms, when inflation is taken into account. It asserts that the extra funding only amounts to around £800m.

You can watch the full exchange at PMQs here:

Rinse and repeat is the Tory mantra

Hammond repeated the same claim in his Autumn Statement:

The government, Mr Speaker, has pledged to invest in our NHS and we are delivering on that promise: backing the NHS’ Five Year Forward View plan for the future with £10 billion of additional funding a year by the end of 2020-21.

McDonnell also countered that claim with the health select committee’s figures. He then detailed the ‘price’ the public are paying for this lack of adequate funding:

This is the first time health care spending per head has declined since the NHS was created.

You can watch the full Autumn Statement here:

Labour’s challenge over the government’s figure chimes with conclusions recently drawn by the UK Statistics Authority (UKSA). It had been asked to look into the government’s £10bn funding claim. It deduced that the government had caused “confusion” in the claim, and reprimanded it for that. Also, UKSA instructed the government to be more up front about how it derives such figures in the future.

Essentially, the watchdog warned the government that if it is going to rob Peter to pay Paul, it must tell people it’s doing so.

Our NHS deserves more than spin and misinformation that is calculated solely to make the government look good. And it needs a massive injection of cash to pull it out of its life-threatening deficit. The more this Conservative government tries to mask its peril, and how it is contributing to that, the less the public will trust it.

And if anything is a political deal-breaker for this country, it’s got to be the NHS.