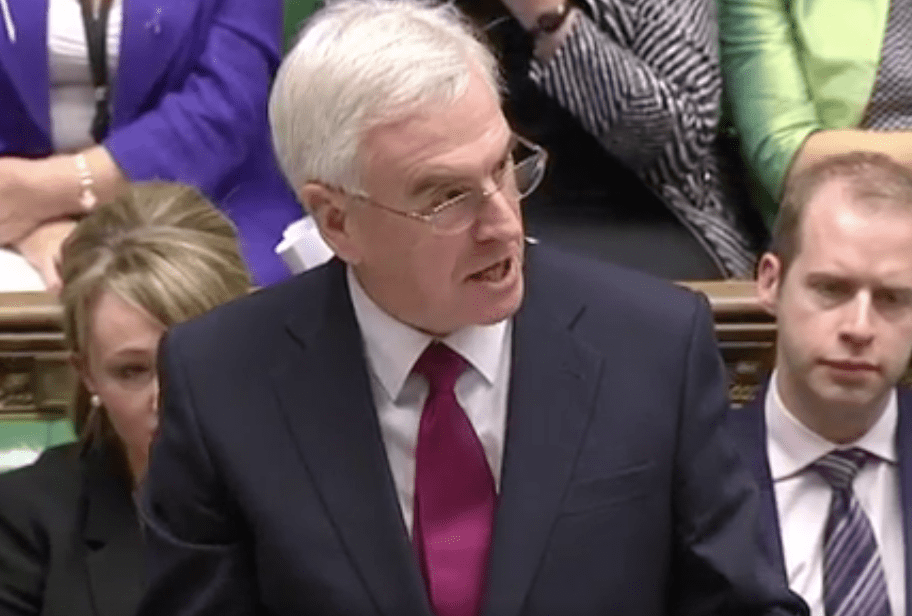 On Wednesday 23 November, Chancellor of the Exchequer Philip Hammond announced the Autumn Statement – a pre-Budget announcement for economic forecasting and budget adjustments. But Shadow Chancellor John McDonnell had a scathing response.

The news delivered in the House of Commons was more than a little glum. Particularly on the state of our economy.

Forecasts place growth at 2.4% lower than predicted. Previous promises of a surplus rather than a deficit by the end of 2020 have been scrapped. And borrowing will be as much as £68.2bn this financial year alone. It places the country’s debt at above 90% of our total GDP. On top of that, Hammond admitted that we were behind the rest of Europe on productivity with British workers working longer for less money.

His answer to this is to raise the minimum wage by 30p to £7.50, to not introduce more welfare cuts, and to invest in roads, cars, and trains. Transport improvements that presumably help people get to work.

But Hammond did not impress his counterpart. McDonnell said that his statement “places on record the abject failure of the last six wasted years and offers no hope for the future”.

The figures speak for themselves. Growth down, wage growth down, business investment down.

The verdict could not be clearer. The so called long-term economic plan has failed.

McDonnell clearly places blame on the Conservative government for introducing harsh austerity measures and also for allowing Brexit to impact the economy the way it purportedly has.

The Shadow Chancellor says that the government should have raised the minimum wage to £7.63, as promised. It should reverse welfare cuts, not pause them. And it should raise the top rate of income tax to 50p.

John McDonnell says he fears the #AutumnStatement has "laid the foundation for more wasted years" https://t.co/0p6CkGFTsY

Out of a statement of minimum gains, McDonnell is clear that the Conservatives have finally admitted that they’ve failed.