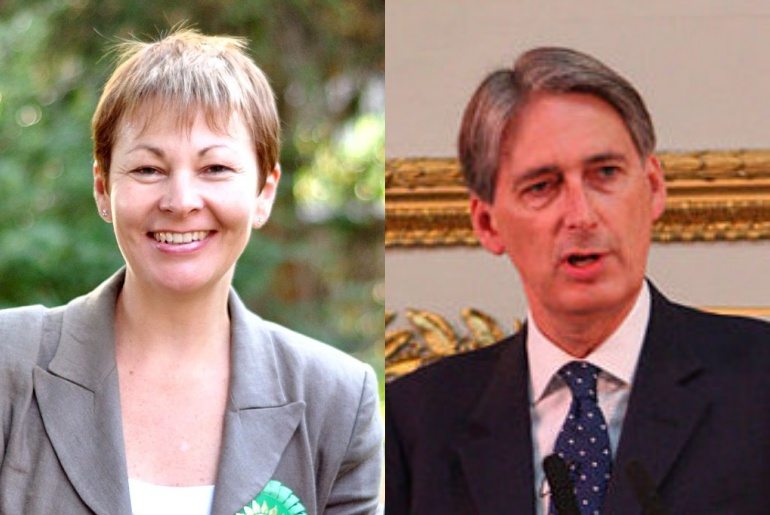 As Chancellor Philip Hammond prepares to deliver his Autumn Statement, Green MP Caroline Lucas has a plan which would save him £200bn. Unfortunately, he isn’t listening.

Lucas is launching a report alongside the Campaign for Nuclear Disarmament (CND) to make the economic case for scrapping the Trident nuclear weapons programme. Timed alongside the Autumn Statement, the document sets out how abolishing Trident could save around £200bn. And it also shows what could be done with the money.

The report starts by detailing the situation the UK is currently in:

Britain’s economy is yet to recover from an economic slump that was longer than the Great Depression of the 1930s, followed by the slowest recovery on record. Economic uncertainty following the referendum on Britain’s membership of the European Union is exacerbating the situation. In response, the government has introduced the deepest ever cuts in its spending with almost no department spared. Spending on housing, health, education and welfare has been cut. Pay and pensions, public sector jobs, even support for people with disabilities have all been hit.

But, as it points out, there is one important exception to this spending crisis – the money spent on Trident renewal. And this colossal amount of money is being spent on a system with “no useful function”:

The nuclear weapons system itself has no useful function and does not address the threats we face today. And unlike spending on houses or schools for example, spending on a replacement for Trident has no ultimate economic benefit.

One of the arguments always made for keeping Trident is the number of jobs reliant on the weapons system. But the report covers this, arguing that up to two million jobs could be created through investing in green energy:

A paper by Compass outlined how £55 billion investment in green and social infrastructure spending could generate up to one million jobs,1 a number which overwhelms the 11,500 jobs which replacing Trident at a cost of £205 billion would guarantee.

According to a survey of 750 experts, climate change is the biggest threat facing the earth in 2016. But the government is set on ignoring this. Instead, it is slashing subsidies to renewable energy and investing in fracking and nuclear power. As the report points out, not only could the government tackle climate change, it could also create jobs:

The renewable energy sector could potentially employ highly skilled engineers who would otherwise be working on the Trident replacement. Instead of investing in a weapon of mass destruction, the government could spend the money on developing renewable energy, making Britain a world leader in this new technology.

As the report shows, the money saved from Trident could be invested in a range of services which are desperately needed. Whether it is employing an additional 150,000 nurses, building affordable homes, or building thousands of new primary schools, there is a huge range of options available from scrapping Trident.

Ultimately, a choice needs to be made. As a country, do we want to invest in a weapons system with has the potential to devastate millions of lives? Or do we want to tackle climate change, create jobs, and invest in our vital services which are being ripped away under austerity?

Please note this article was amended on 30 November 2016 to include references and quotes from the 2016 report. Previously the 2014 report was mistakenly used. The headline has also been adjusted to reflect the £200 billion figure that could be saved from scrapping Trident according to this report.