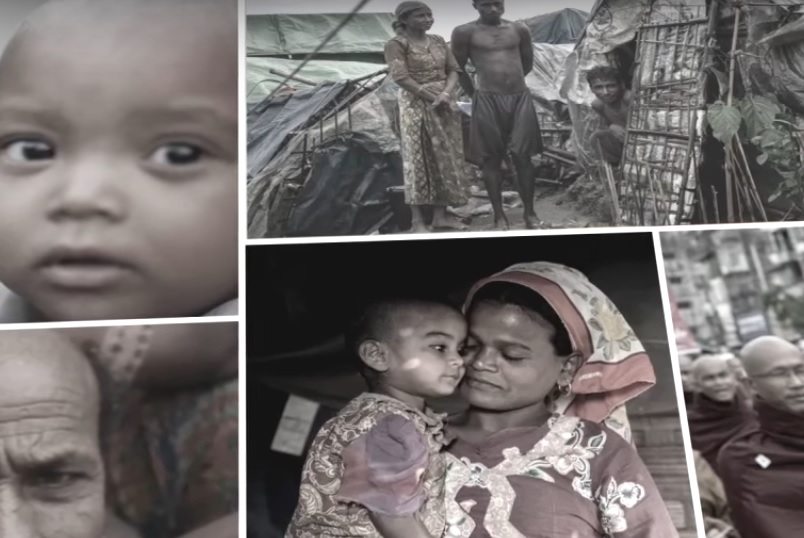 A massive refugee crisis hit the news on 6 December. But it wasn’t in the Middle East or in Europe. It was in Myanmar (Burma). New figures showed that around 21,000 Rohingya refugees had arrived in just one Bangladeshi town between October and December. And with this announcement, the spotlight fell once again on Nobel Peace Prize laureate Aung San Suu Kyi – a woman who led her party to electoral victory in 2015 but has so far done little to remedy one of the world’s worst humanitarian crises today.

Myanmar’s campaign against the Rohingya community

At the heart of the current crisis is the 2012 breakdown in relations between Myanmar’s majority Theravada Buddhists and minority Rohingya Muslims. The latter number around 1.3 million, a fraction of the country’s population of 52 million.

The UN has previously called the Rohingyas one of the most persecuted minorities in the world. And most of the damage done in recent years has come at the hands of Buddhist extremists, who’ve received the encouragement of anti-Muslim monks like Ashin Wirathu (who has called himself the “Burmese Bin Laden”). These hardline Buddhist nationalists see Rohingyas as intruders, illegal immigrants, and even terrorists.

But Rohingyas have lived in Myanmar for generations (even back to the 8th century). And they were full citizens until 1982, when a military government took their citizenship away. The government still refuses to grant them citizenship today. In short, they are a group without a state.

Nobel laureate Aung San Suu Kyi recently promised “peace and national reconciliation”, and an investigation into the ongoing violence. But her critics say that her lack of decisive action shows either her powerlessness or her faltering on the cause of human rights.

Since unrest intensified again in October, the UN estimates that around 30,000 Rohingya people have fled from a military crackdown. Refugees claim the army has committed human rights abuses, including torture, rape, mass murder, and the destruction of entire villages. The government, meanwhile, has banned journalists from entering the areas in question. And many of Myanmar’s neighbours have been slow or reluctant to take in refugees.

Fortify Rights, a group monitoring the welfare of Rohingya people, has insisted that:

widespread and systematic human rights violations have been perpetrated for a very long time, and there’s been a very grave uptick of those since October… We’ve seen genocidal rhetoric coming out of state media in recent weeks.

And John McKissick from the UN’s refugee agency (UNHCR) has gone even further. He recently claimed that the “ultimate goal” of Myanmar’s government was the “ethnic cleansing of the Muslim minority”.

The need for solidarity and action

Campaign group United to End Genocide claims that over 140,000 Rohingyas currently live in concentration camps, and that around 100,000 have fled Myanmar since 2012.

Award-winning journalist Mehdi Hasan is just one voice that has slammed Aung San Suu Kyi for failing to take sufficient action to stop further abuses. And in the video below, he explains why her silence has been so shameful.

“Aung San Suu Kyi spent 15 years in detention – 15 years waiting for justice,” concludes Hasan. “Now she’s in power, how many years will she make the Rohingya wait for justice?”

– Read more on Myanmar and the persecution of the Rohingya community at Amnesty International and Human Rights Watch.