Everyone’s realising the massive problem with Amazon Go, but there’s a mindblowing solution [VIDEO] - The Canary 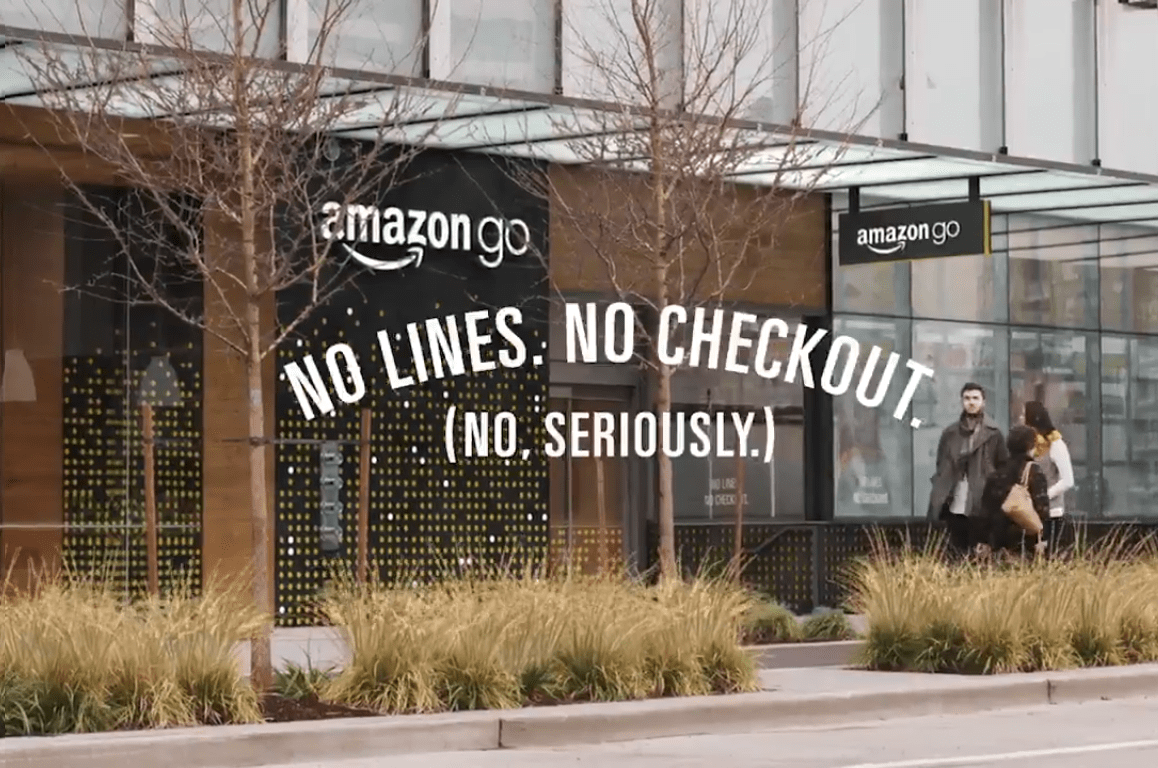 Amazon has just unveiled a new grocery store without checkout counters or queues. Instead, the company uses sensors to detect what items you’re taking home and charges you through your smartphone when you leave.

But everyone is already realising the fundamental problem with such an innovation. With robots replacing till workers, jobs will inevitably go. This is not an isolated issue, but part of an ongoing robot revolution.

Last year, a study from Bank of America Merrill Lynch reported that within just 20 years up to 35% of UK jobs and 47% of those in the US are at risk of being replaced by machines. The analysis forecasts that robots will take over a range of activities, from burger flipping to care work.

The fast approaching robot revolution can go one of two ways. It can exacerbate economic inequality, splitting the world into those who own machines and those who don’t. As Callum Chace, author of Surviving AI and Pandora’s Brain, summarises:

Or, robots can free us.

Losing your livelihood to robots sounds bad. But combined with a Universal Basic Income (UBI), it could be liberating.

UBI offers a way in which machines can advance as emancipators, rather than leaving workers destitute. It’s an unconditional pay package from the state, regardless of one’s economic position and in addition to other income. It will not make you rich, but it will provide you with at least the means to survive.

UBI is often criticised for the assumption that it would provoke laziness. Why would people work if they’re receiving money regardless? These claims are not only mostly irrelevant when it is machines who will sustain us, but are misplaced in general.

UNICEF has provided us with empirical evidence that UBI is in fact economically beneficial. It conducted a project with the Self- Employed Women’s Association in the state of Madhya Pradesh in India. Thousands of villagers were given an unconditional income, which resulted in more economic activity, not less. They did more work, invested in more equipment and livestock, and new small businesses sprang up.

The UNICEF study is not the first. The Ugandan government issued [pdf] one group of people a year’s worth of income ($380 each) and withheld it from another group. Those who received the cash worked longer and were 65% more likely to enter a skilled trade. They also saw a 41% increase in their income four years later, showing a lasting influence.

When compared to other forms of welfare, UBI is actually what serves to motivate. Means-tested benefits, such as Jobseeker’s Allowance (JSA), disappear when the individual finds work. Whereas UBI persists, irrespective of your income. You don’t lose out through taking a job, so it cannot act as a deterrent to employment. The fact that it is not means tested also removes extensive bureaucracy. And this cuts huge administration costs.

Re-distributive policies also benefit the economy as a whole. They increase the spending power of the public, meaning there is more demand for products.

With a lack of social housing, landlords could charge more rent once they realise people have more income. Inflation could also happen for other necessities. But price controls could solve this.

At present, there is only one store, in Seattle, and it’s only open to Amazon employees. The first store only removes the need for cashiers. But Amazon looks set to go much further.

Reportedly, the plan is to open a huge chain of 2,000 grocery stores. And if Amazon’s robot version of the X Factor is anything to go by, the automation will greatly expand as well. The tax-avoiding multinational hosts an annual challenge where robots stack shelves for a day in the company’s warehouses. The speediest and most accurate wins.

Amazon isn’t the only corporate giant leaping towards automation. Contrast the coming rise in unemployment with Google buying eight robotics companies in the space of two months in 2014, and the full reality of what we face is apparent. They are already introducing self-driving cars. We could have Google and other corporations owning everything through robots. Or, we could establish UBI, and robots could liberate us.

But it’s not just labour-intensive jobs that are at risk. Oxford University academics Michael Osborne and Carl Frey predict that machines which are progressively able to ‘think’ will take over millions of white collar jobs such as auditing, accountancy and administration.

Changing the way we think

This should be desirable. The biggest jump for us is not technological, but ideological. As philosopher Slavoj Zizek famously said:

It’s much easier to imagine the end of all life on earth than a much more modest radical change in capitalism.

Ideological shifts are often the toughest. But the rise of robots is inevitable, and is only bleak within our current economic context.

Within the UK political system, Shadow Chancellor John McDonnell vowed in September to win the argument for UBI within the Labour Party. UBI has also long been championed by the Green Party.

We need to change the way we think about our relationship to work. Otherwise, our automated future will further polarise income inequality. Innovations like Amazon Go will come at an unavoidable human cost. But if we adopt UBI, robots could emancipate us from labour-intensive work, leaving us free to harness our creative capabilities; to work out of passion rather than obligation.