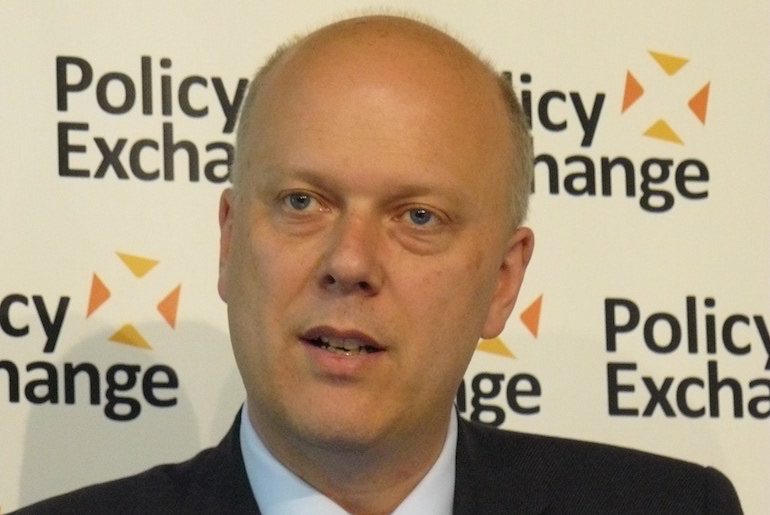 The Transport Secretary just sent a massive, proverbial ‘f*ck you’ to commuters up and down the country. On Tuesday 6 December, Chris Grayling announced the go-ahead of the first fully privatised railway line; one where a single company runs both train services and maintenance. But with private companies’ track record on services, the plan may well mean more chaos on the way for commuters.

Grayling has just approved a new Oxford to Cambridge railway line. It will recreate a route between the two cities that the government closed in the 1960s. But publicly-owned Network Rail will not be constructing the new line. Instead, a new privately-owned company called East West Rail will be responsible. It will build, operate, and maintain the route.

Currently, Network Rail is responsible for track maintenance and construction work, while private companies operate the actual train services. And as Grayling said [paywall] in a speech to thinktank Policy Exchange:

In my experience, passengers don’t understand the division between the two. They just want someone to be in charge. They want their train to work. I agree with them.

But what Grayling fails to acknowledge is that the public don’t want a private company “in charge” of the rail network. Opinion polls have consistently shown that the public favours rail nationalisation. The Transport Secretary, however, has different ideas.

All aboard the gravy train

As The Canary previously reported, Grayling plans to let private train operators take on the maintenance of the lines they use:

The government subsidises Network Rail to the tune of billions each year. And any profit made by the company is fed back into its work due to it being a public service.

Under the new plan, profit would go to shareholders. While subsidies for maintenance… would top up the massive pile of government handouts train companies already receive for their services. And crucially, it would place entities whose primary motive is maximising profit in a role that should prioritise safety.

Grayling says the changes are “not about privatising Network Rail, it’s not about handing over control of the track to train operating companies, it’s about forging partnership alliances between the two.”

Politicians, such as Chris Grayling, have short memories and have… forgotten the Hatfield rail crash in October 2000 when four people were killed and more than 70 injured which happened under the aegis of privately-owned Railtrack.

Unite does not believe that privatisation dogma should trump passenger safety. Especially at a time when public opinion is increasingly in favour of rail re-nationalisation.

Grayling’s plans come at a time when commuters are already facing rail travel chaos. As The Canary has been documenting, Southern Rail is in a constant state of disarray.

But commuters have had enough

Southern Rail passengers have had enough. The Association of British Commuters (ABC) is taking the Department for Transport (DfT) to court over the chaos on the line. The ABC legal team will be taking legal action over the allegedly unlawful:

When news of the legal challenge broke, a DfT spokesperson said:

Improving rail services for Southern passengers is a priority for us and the operator. We announced last month that Network Rail would deliver £20m of improvements and appointed a rail industry expert to lead a project board to drive up performance. We have responded to correspondence from lawyers acting on behalf of the Association of British Commuters.

But Grayling’s plans once again show the Tories’ dogged obsession with private companies creaming-off state assets. And the Transport Secretary’s actions also show the government’s utter disconnect from most commuters. Opposition political parties need to capitalise on its out-of-touch rail plans. And with ticket prices set to go up by 1.9% in England, Scotland and Wales from January 2017, rail travel may be an area where the Conservatives have run out of political track.

– Rail users who’ve been inconvenienced because of Southern Rail can contact ABC via [email protected] .