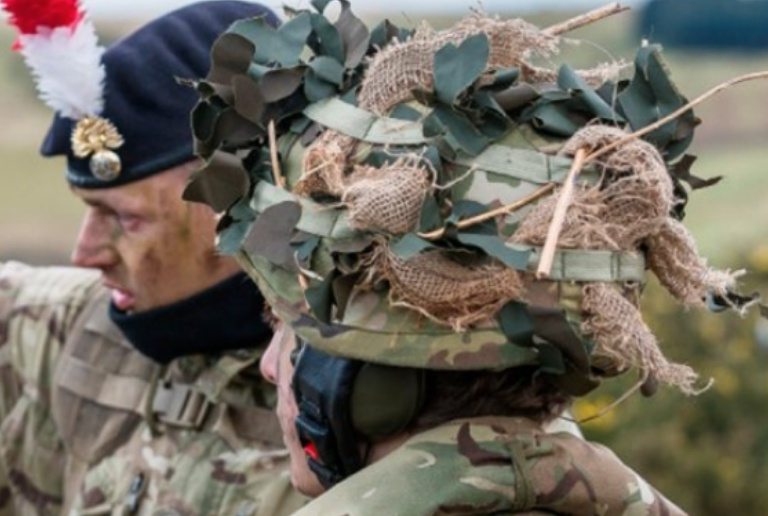 The army cadets have been quoting Mahatma Gandhi – a perceived figure of peace and nonviolence – on their recruitment posters.

The quote was used in a poster advertising for adult volunteers:

Thinking about joining us as an adult #volunteer? https://t.co/JtCte7Io4n pic.twitter.com/hrYOudDfA6

Unsurprisingly, Twitter users were quick to point out the problems with the message:

shows contempt for freedom fighters in India and elsewhere. Show some respect and take this down, now

Absolutely disgusted that the @ArmyCadetsUK are using Gandhi quotes in recruitment posters, goes beyond irony.

Alongside adult volunteers, children can join the cadets between the ages of 12 and 18. According to their website, the cadets offer:

young people – from all walks of life – access to fun, friendship, action and adventure.

But as Forces Watch points out, the organisation is often used as recruiting ground for the army:

As stated in an interim copy of the MoD’s Youth Engagement Review, ‘Cadet and [MoD] youth development experiences… can both enhance a young person’s desire to join the Service and make him/her better prepared to enter training…’

And this view is backed up by another former cadet, who stated:

I became a child soldier in the British army because they’d groomed me since the moment I joined the cadets. The army turned up every couple of months with motorcycle displays and other spectacles, and promised us life in the army would be glamorous, fun and well-paid. There was no mention of the downsides, even at the recruitment office itself.

There are valid criticisms of Gandhi and his work. He has, for example, been condemned for:

his rhetoric on anti-blackness, a vehement allergy to female sexuality, and a general unwillingness to help liberate the Dalit, or ‘untouchable,’ caste.

But it is highly unlikely the army cadet advert was based on the above analysis. Instead, they have used a quote from a figure who is most widely known for his commitment to nonviolence and for his struggle for India’s independence from the British Empire.

Regardless of their intent, using a Gandhi quote to promote a branch of the army is insulting. And if the cadets have any sense, they will withdraw this advertising campaign as quickly as possible.

The Canary approached the army cadets for comment but none was received by the time of publication.