What you need to know about the 'Trump dossier' - Canary 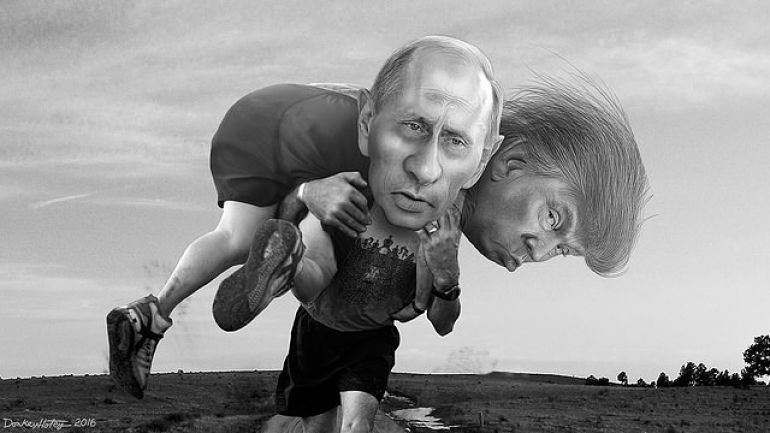 Months of inaction by the FBI forced former MI6 spy Christopher Steele to turn to the ‘alternative’ media to publicise his allegations against President-elect Donald Trump. In the end, the allegations were published in the form of a ‘dossier’ by BuzzFeed.

But there are more allegations to be examined. And there is still the unanswered question: is Trump a clear and present danger – not only to America, but to the entire world?

The Steele ‘dossier’ is merely a series of briefings issued over several months, with the first dated 20 June 2016.

The main allegations are as follows:

In July 2016, Steele presented a copy of his initial briefing to the FBI and copies of further briefings the following month. He also informed Downing Street and officially briefed MI6. By then, Trump stated that he would recognise Moscow’s annexation of Crimea (Ukraine).

But the FBI and other US intelligence agencies failed to act on any of the briefings. So Steele made contact with David Corn, the Washington editor of Mother Jones. Not long after, on 31 October, Mother Jones referenced the allegations, but without revealing the source.

On the other side of the pond, The Canary examined claims that a computer server registered to the Trump organisation was linked to two servers registered with the Russian Alfa Bank (denied by Alfa). Questions about the bank’s dealings were also referred to (as ‘Alpha Bank’) by Steele in his briefings:

On 30 October, then-Senate Minority Leader Harry Reid asked the FBI to disclose what it knew about Trump’s ties to Russia. The FBI did nothing, and Steele’s reports languished. On 9 December, US Senator John McCain presented another set of Steele’s briefings to FBI director James Comey. Again, there was no official response.

In early January, a two-page summary of the briefings was presented by intelligence chiefs to US president Barack Obama and his incoming successor, Donald Trump. While CNN reported on this, BuzzFeed decided to publish the entire 35-page Steele ‘dossier’.

Steele was a high-ranking MI6 agent and head of the Russia desk before moving to Paris. He worked closely with Sir Tim Barrow, the new ambassador to the EU, and Alex Younger, now head of MI6.

The former British intelligence officer had his cover blown when he was outed on 11 January by The Wall Street Journal, putting him and family at risk.

Steele’s private company, Orbis Business Intelligence Ltd, was set up in 2009. Orbis had been tasked with investigating Trump’s dealings with Russia by Washington-based political research company Fusion GPS, run by former Wall Street Journal staffer Glenn Simpson. Fusion had been commissioned by Republicans opposed to Trump. But after Trump won the Republican nomination, Democrats took over the brief.

Several of Steele’s former colleagues and associates have come to his defence. Former MI5 agent Annie Machon, however, told the BBC that Steele’s reports lacked credibility.

Elsewhere, the mainstream media response has been mixed:

Or as Politico commented:

This is only the beginning. Even the president of the United States must sometimes stand naked, the poet [Bob Dylan] once sang. In Trump’s case, he’s been fully pantsed before he’s taken the oath.

And there are questions to be answered about Trump’s foreign affairs adviser, Carter Page, who was referenced by Steele in his briefings:

One thing is clear: whether real or fake, the Trump dossier is exposing how troubled the American model of democracy really is.

– See other Canary articles about Donald Trump and the BuzzFeed dossier saga at The Canary Global.