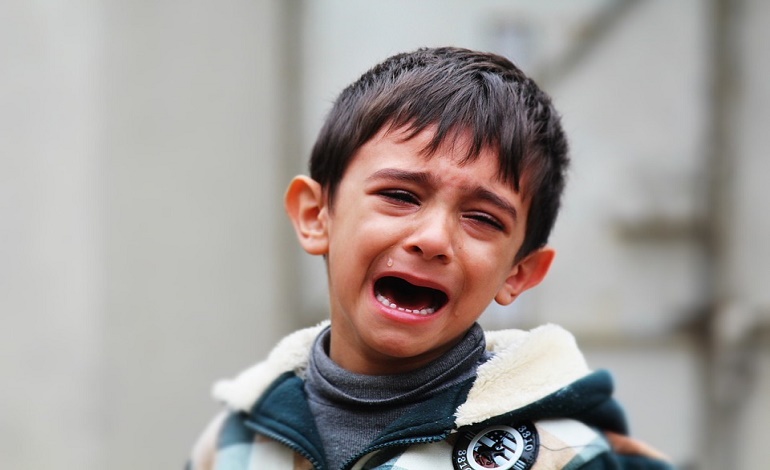 On Saturday 14 January, protesters rallied through Brixton, south London. They were highlighting a government policy which is seeing children deported to war zones. And the protesters called out the government over what they describe as “modern-day slave ships”.

The ‘Movement For Justice By Any Means Necessary’ (MFJ) was highlighting the government policy of forcibly deporting foreign nationals, migrants, refugees, and asylum seekers using secret charter flights. By and large, the policy is not new. And as The Canary reported on 12 January, the UK government is also deporting children back to Afghanistan. A country the UN has described as “one of the most dangerous, and most violent, crisis ridden countries in the world”. But what is new about the government policy is who the law surrounding it applies to.

Historically, the law stated that the government had the power to deport foreign nationals who had criminal records. This was also the case if the Home Secretary thought deporting these people was ‘conducive to the public good’. This applied regardless of how long people had been living in the UK, and even whether they had the right of residency here. Additionally, no appeal to the government could be made until the person was in the country they had been deported to. For example, in September 2016 openDemocracy reported on the case of ‘James’. The government forcibly deported him on a secret charter flight to Jamaica:

James was just four years old when he arrived in the UK. Now he is 30 and father to three British children. In 2012 he was convicted of money laundering and served two years in prison… Though James’s partner and his children are British, the Home Office can still… [deport] him from the UK. The Home Office advises people in this situation to conduct their family relationships ‘…by telephone, email or… Skype’.

One size fits all

But the Conservatives’ Immigration Act 2016 changed all of this. The law now states that the so-called ‘deport first, appeal later’ clause applies to all migrants who make an asylum or refugee claim. Including children. The MFJ says the government operates charter flights to Nigeria, Ghana, Pakistan, Jamaica and Afghanistan every two months. And figures released by Corporate Watch show that, in 2015, the government deported 5,729 foreign national offenders. But it also deported 12,111 people that year who had not committed a crime.

To stop the government deporting them, people have to prove that it would cause “serious irreversible harm”. But as charity Unity Centre says:

The burden of proof is of course on the appellant to prove that removal would cause serious irreversible harm. No mean feat for appellants who, in Unity’s experience are often without legal representation and always detained.

Essentially, the government can now deport anyone who makes an asylum or refugee claim in the UK without recourse. But it is the government’s entire ‘deport first, appeal later’ policy that the MFJ was protesting about.

On Saturday 14 January, the MFJ gathered outside the Ritzy cinema in Brixton. Activists from Fathers for Justice, Sisters Uncut and Zimbabwe Yes We Can Movement joined the MFJ. Protesters were carrying banners, megaphones, whistles and klaxons: 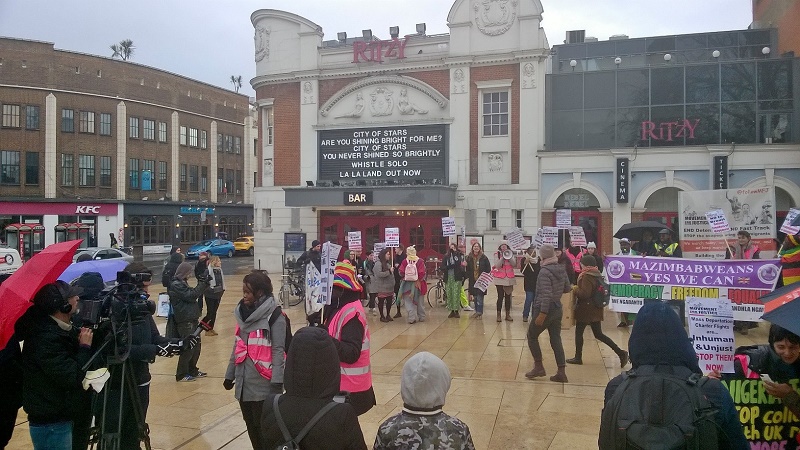 The march went through much of Brixton’s main shopping centre. Protesters were chanting “When the Home Office attacks, we fight back!”: 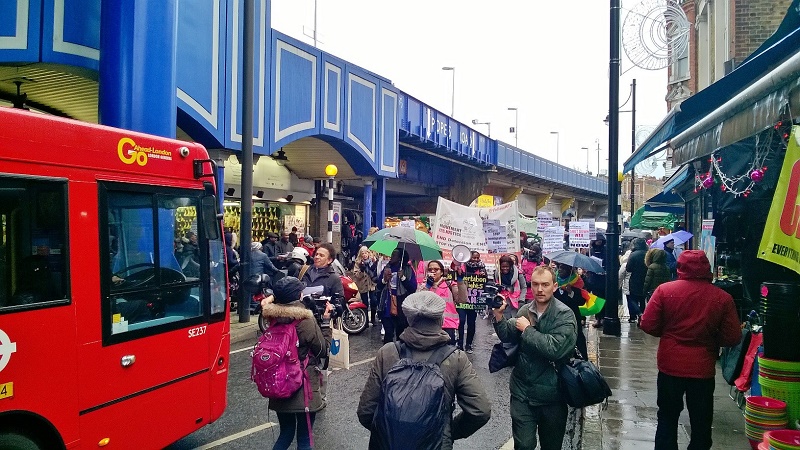 They were stopping and speaking to the public, and handing out leaflets. The response to the MFJ from passers-by was overwhelmingly supportive, with many saying they had direct experience of the government’s policy. The march then blockaded Brixton High Street: 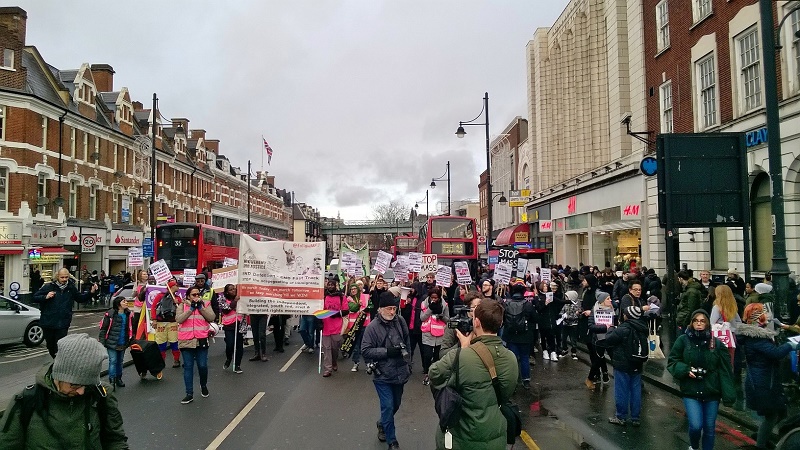 The demonstration, the third in a fortnight of direct action, passed off peacefully. But it was noticeable that, even when protesters were blocking the roads, there was no police presence on the march. In a statement, the MFJ said:

The government’s charter flights deport people who have built lives in the UK; been here most of their lives; have parents, partners and children here; students who have not finished their courses; people with serious health problems and others who are carers to elderly and disabled relatives. This is an over-reaching, racist policy hitting individuals and families that never thought they had an ‘immigration problem’.

By applying this policy to anyone needing asylum or refugee status, the government is attacking people fleeing from some of the most dangerous places on Earth. And as the MFJ says, this feeds into the “false argument” that immigrants are the cause of all the problems in the UK. It is essential that society calls out racism of any kind. Wherever it appears. And that includes divisive, cynical government policies.

– Support the MFJ, and find out details of its upcoming events.

– Find out more about Sisters Uncut.

Featured image via Pixabay, and additional images via The Canary