A Mail hack attacks Oxfam, reminds us all why nobody trusts Blairites anymore [TWEETS] - The Canary 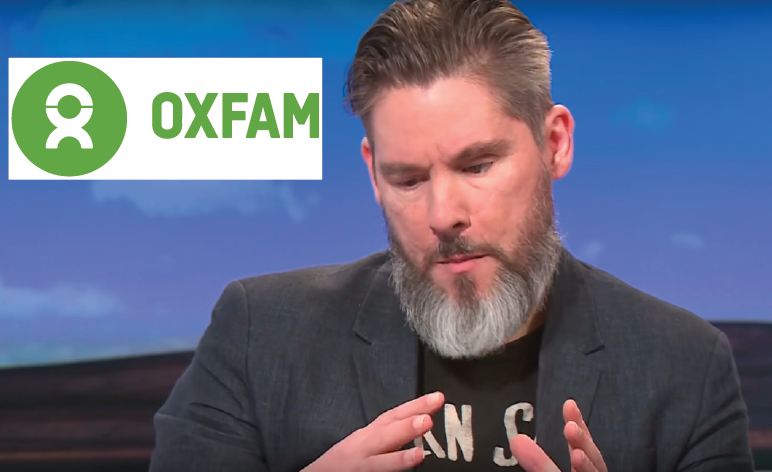 An Oxfam report [pdf] has revealed that just eight men own the same wealth as the world’s poorest 50%. Yet you may have thought it reported something else, if you follow Mail on Sunday commentator Dan Hodges. Namely that Oxfam had done a hatchet job on Microsoft founder and philanthropist Bill Gates:

Oxfam are slagging off Bill Gates. Bill Gates has given over $28 billion to charity, including $8  billion to improve global health.

In its press release, Oxfam points out the following:

The report describes how the inequality crisis is being fuelled by companies whose business models are increasingly focused on delivering ever-higher returns to wealthy owners and top executives. Companies are structured to dodge taxes, drive down workers’ wages and squeeze producers instead of fairly contributing to an economy that benefits everyone. The key theme of this year’s World Economic Forum is responsive and responsible leadership.

Oxfam is calling for a fundamental change in the way we manage our economies so that they work for everyone, not just a privileged few. The report is published amid increasing concerns about the economic status quo, with the Bank of England’s Chief Economist warning recently that a ‘rebirth of economics’ is needed to replace out-dated models.

The press release continues in a similar fashion, focusing on the system that allows this disparity as opposed to the people who benefit from it.

The idea that Oxfam is “slagging off Bill Gates” doesn’t hold up if you read the actual report. Oxfam writes [pdf, p19]:

When Bill Gates left Microsoft in 2006 he had net wealth of $50bn. A decade later this had increased to $75bn, despite his commendable attempts to give it away through his Foundation. Global financial services company UBS has estimated that in the next 20 years, 500 people will hand over $2.1 trillion to their heirs, a sum larger than the GDP of India, a country of 1.3 billion people. If these returns continue, it is quite possible that we could see the world’s first trillionaire within 25 years.

A number of billionaires have agreed to join Bill Gates and give a proportion of their wealth away. While this is welcome, it does not substitute for adequate and fair taxation, a fact that Bill Gates himself has noted.

This final sentence suggests that Oxfam and Gates are actually in agreement on what the problem is.

Hodges seems to have overlooked these sections of the report. He’s also suggesting that Oxfam has called for an investigation into Gates:

Never mind investigating Bill Gates, we need a serious investigation of the charity sector. They're all losing the plot.

Joining him in misinterpreting Oxfam was Rupert Myers, a political correspondent from The Telegraph:

Charity sector is intensely competitive. So there's now an arms race going on over who can say the most ludicrous, and "newsworthy" things.

This last tweet would suggest that Hodges is against people involved in charities earning high wages. And yet his earlier tweets are in support of Bill Gates earning billions. Which makes it hard to fully understand what his point is. Either he thinks people involved in charity should be free to earn whatever they like without criticism or he thinks the exact opposite of that.

That's quite dishonest. He's not attacking Gates. He's attacking a setup that allows 8 men control half of world's wealth

well, yes… that concentration of wealth is grotesque. If Gates is giving it all away, he might agree.

–Read the Oxfam report yourself.