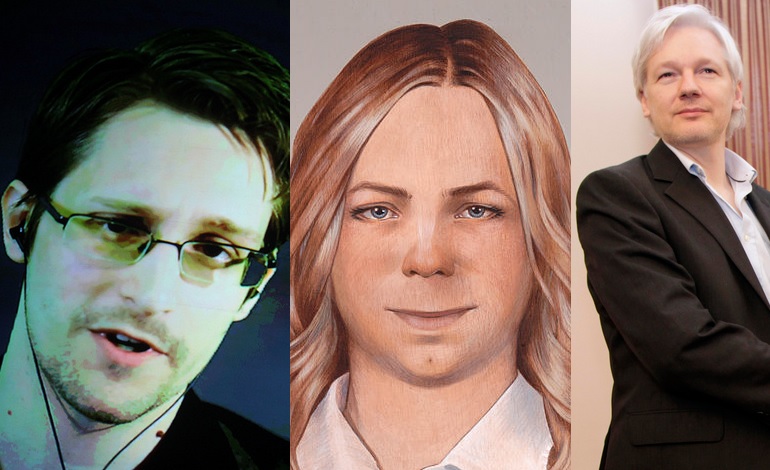 On 17 January, the US government announced that imprisoned whistleblower Chelsea Manning would be freed. But favourable news also greeted NSA whistleblower Edward Snowden shortly after.

According to reports, Russia has extended Snowden’s residency for three more years. And the extension gives the whistleblower the right to apply to become a Russian citizen next year.

The development follows an extraordinarily unprofessional appeal from former acting CIA director Michael Morell. In a column for The Cipher Brief, Morell suggested that Russian President Vladimir Putin should hand Snowden over to incoming US President Donald Trump. He claimed it would be “the perfect inauguration gift”.

In 2013, Snowden was an employee of defence contractor Booz Allen Hamilton. It was then that he leaked details of US and UK intelligence operations to journalists Laura Poitras and Glenn Greenwald. The leaks showed the extraordinary, and largely illegal, mass surveillance capabilities that these countries were using against foreign and domestic populations.

The Guardian published the leaks, as Greenwald was working for them at the time. And it faced the fury of the UK authorities for doing so. The Guardian also partnered with other news organisations, such as The New York Times, to continue publication.

Snowden’s identity was made public shortly after the initial leaks, and a manhunt ensued. Snowden ended up in Russia, via Hong Kong, after the US revoked his passport. Julian Assange’s WikiLeaks helped facilitate his transit. But the revoking of his passport forced the whistleblower to remain in Russia. And the country granted him temporary asylum in August 2013.

Since then, Russia has extended Snowden’s residency further. And on 18 January, foreign ministry spokeswoman Maria Zakharova claimed that Snowden could stay in Russia for a “couple of years” more. Snowden’s Russian lawyer Anatoly Kucherena, meanwhile, told RIA Novosti that he can stay until 2020.

At the same time, there is a campaign urging current US President Barack Obama to pardon Snowden. But while news of Manning’s release (scheduled for 17 May) encourages optimism, there’s no pardon for Snowden yet.

Both whistleblowers did the public a great service. In releasing around 700,000 military and diplomatic records to WikiLeaks, Manning forced a conversation on the endless waging of wars. And as Trevor Timm has pointed out, she even helped to end the invasion of Iraq. Snowden, meanwhile, showed us what our governments were doing to us, in secret and in violation of our rights. And Assange’s WikiLeaks provided the platform for Manning’s leaks, while ensuring Snowden’s safety.

These people gave citizens a way to hold the powerful to account. But, unsurprisingly, that’s not something the powerful often applaud. Snowden is still public enemy number one in the eyes of some officials. And Trump himself has previously hinted that the whistleblower should be killed.

Perhaps, then, Russia is the safest place for Snowden at present. And although Obama only has around 24 hours left in office, he could use those final hours to reverse another piece of his damning legacy. That of having prosecuted more whistleblowers than all other presidents combined.

– You can Stand Up For Snowden here.