'Treated like an animal': one man's heartbreaking story shames a Labour council - Canary 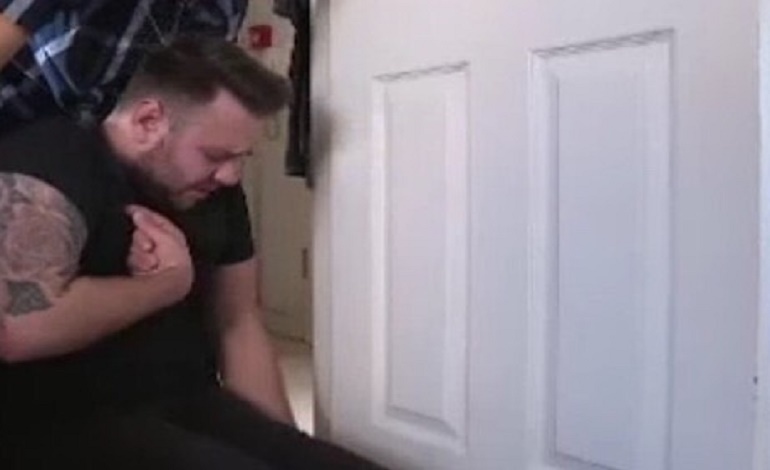 Brighton and Hove City Council (BHCC) is facing calls for an international inquiry into its conduct, after its shocking treatment of a disabled man came to light. The Labour-led authority has come under fire for leaving Robert ‘Bobby’ Carver a “prisoner” in his home. And speaking to The Canary, he said that he feels he’s been treated like an “animal”.

Caged in a human zoo

Healthcare professionals have told Bobby, who is a tetraplegic and lives with numerous other debilitating conditions, that he needs 24-hour support. But BHCC has only given him support for 28 hours a week. This means Bobby is left unsupported for two full days a week and overnight, every night, from 5pm until 12pm the next day. Even though Bobby is incontinent.

But it’s Bobby’s housing that is most concerning. He has lived in his council-run, second-floor flat, only accessible via two flights of stairs, for over five years. If he wants to leave his home, Bobby’s personal assistant (PA) has to drag him by his arms up and down the public stairs because there is no lift. His PA also has to pull him around his flat like an “animal”, because a wheelchair cannot fit in it. And Bobby’s PA has to throw him into the bath because the room is inaccessible.

After the media highlighted Bobby’s case in October 2016, BHCC offered to move him. But only to Windsor Court. A privately-owned block of flats, used by the council as emergency accommodation for the city’s most vulnerable people. Brighton Pavilion Green MP Caroline Lucas said it was “damp, dark, and depressing”.

Nothing has progressed. And now, BHCC are threatening me with street homelessness if I do not accept Windsor Court, which my medical team has said is utterly unsuitable.

Campaigners have launched a petition, claiming the council has breached 14 international agreements and seven UK laws with their treatment of Bobby. It calls on the Equality and Human Rights Commission (EHRC) to launch an inquiry. His MP, Labour’s Peter Kyle, has spoken out about the situation. After speaking to every council department involved in Bobby’s case, he said:

So the question remains… why hasn’t this terrible issue been resolved?

“I don’t want to be alive anymore”

We are very sorry this situation is ongoing. We’ve worked hard for many months to provide Mr Carver with suitable accommodation and have made several offers. We are committed to working with health professionals and partner agencies to find accommodation which meets Mr Carver’s needs and which he finds acceptable. In the meantime, we will continue to offer advice and support. We understand that Mr Carver is in contact with the ombudsman and we will cooperate fully with any investigation.

Bobby, meanwhile, seems to have nearly given up. He told The Canary:

I don’t want to be alive anymore. As I have no life. I’m a prisoner, treated like an animal and I feel totally excluded from normal society and hounded and threatened continuously by the council. This isn’t a life. I barely exist.

“They should be utterly ashamed”

Even with all this going on, Bobby is now trying to help hundreds of other people who contacted him, after they found out about his story. He wants to set up a charity to address the lack of community support many disabled people have. But when asked how he feels about BHCC, Bobby said:

They are abusing their power to just save face. This terrifies me as, if they feel that they’re allowed to break the law [as the petition details] and get away with it, where does it end? I’ve had members of the council laughing down the phone at me. One of my social workers said ‘Well, that’s his choice!’ after I attempted suicide (at that point I was a little more physically able). So I feel a system that is supposed to be a safety net for the most vulnerable in our society has completely let me down. Yet the system is currently used as an excuse not to do anything, and happily kill people in the process with no comeback. I believe they [BHCC] should be utterly ashamed.

But meanwhile, BHCC announced last December that it would be cutting £1.4m from adult community care packages. While at the same time the council pays [pdf] its Chief Executive more than the Prime Minister. And the council also saw fit to create three new jobs, all paying six figure salaries.

What is so heart-rending about Bobby’s story is that he has only been unable to walk for the past two years. Because he contracted a brain infection which left him tetraplegic. So his story shows that disability does not discriminate. We could all suddenly find ourselves disabled, and then left at the mercy of councils and ‘budget constraints’. And local councillors, showing little care for Bobby’s situation, would do well to remember this.

– Sign the petition calling for EHRC to investigate BHCC.