Laura Kuenssberg did misinterpret Corbyn, but the BBC doesn't care - The Canary 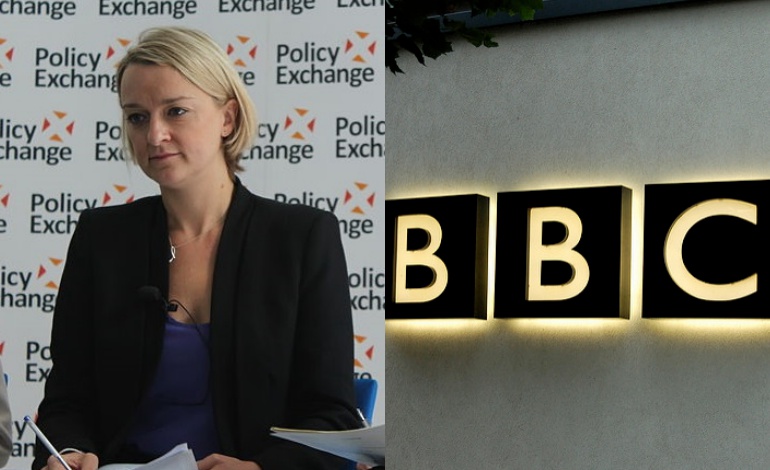 The BBC’s political editor, Laura Kuenssberg, is guilty of breaching its own impartiality and accuracy guidelines. According to the BBC Trust, Kuenssberg fell short of the guidelines in her reporting of Jeremy Corbyn’s views on a shoot to kill policy.

But the director of BBC News, James Harding, dismissed the findings. He stated that he “disagreed with them” and that “BBC News formally notes the Trust’s finding”.

The complaint focused on accusations that Kuenssberg had misreported Corbyn’s comments in November 2015. Kuenssberg asked Corbyn:

Kuenssberg’s question was general. It was about a shoot-to-kill policy in general, not about a specific attack. But she interpreted this response as Corbyn not being willing for police to shoot in a Paris-type attack. She also omitted an earlier response in the interview where he was asked specifically about a terrorist attack in London. Corbyn replied:

Of course you’d bring people on to the streets to prevent and ensure there is safety within our society, much better that’s done by the police than security services, much better we have strong and effective community policing, neighbourhood policing and a cohesive society that brings people together.

The BBC Trust agreed with the complainant. It found that it:

was wrong in this case to present an answer Mr Corbyn had given to a question about ‘shoot to kill’ as though it were his answer to a question he had not in fact been asked.

And while the Trust fell short of accusing the BBC of bias, it stated:

It also stated that the impartiality was “compounded” by Kuenssberg claiming that Corbyn’s words “couldn’t be more different” from the Prime Minister’s.

But the BBC rejected the findings and is not taking further action against Kuenssberg. Harding stated that:

In fact, not only is Harding not taking action over Kuenssberg’s impartiality, he is continuing to praise her as:

As previously reported in The Canary, this isn’t the first time Kuenssberg has been accused of bias. And while the BBC was cleared of bias in this instance, there is a fine line between misinterpretation and bias.

It is a shame the Trust’s findings carry no weight. The BBC is not obliged to take any action over them. And judging by Harding’s comments, it clearly won’t.

Unfortunately, the BBC is not alone in this. And findings such as this one, combined with the BBC’s response, show how important new and alternative forms are media are.