BREAKING: First RT is blocked by Facebook, now other sites are blocking it too - Canary 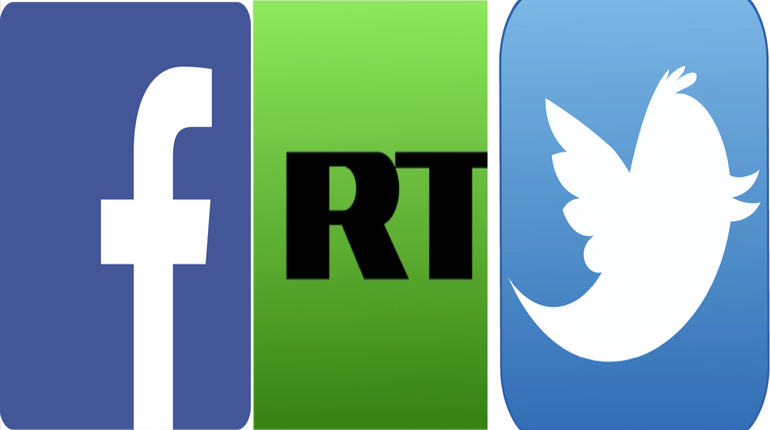 Facebook has blocked news channel RT from posting video or news content on its page. The ban will remain in place until after the inauguration of Donald Trump as US President. Soon after, RT reported that it has also been denied access to Dataminr, the Twitter-based news-breaking service that supports news agencies around the world.

Details of the ban

the live-rights strike seems to be part of an algorithmic failure to acknowledge rights acquired by broadcasters, and we hope it will be resolved in the short term…

While Facebook is a powerful distributor of live-streams it is struggling with the rights ramifications. RT will continue text-only posts to Facebook until the issue is resolved.

RT stated that it had received no direct communication from Facebook on the matter. The news channel did share what it claims are messages between their team and the manager of the News, Media and Publishing on a Facebook group.

The decision comes at a time of rising tensions between the West and Russia. It also occurs in a context of seemingly arbitrary and asymmetric bans by the social media giant.

Far-right group Britain First this week issued a video in which its leader Paul Golding called on supporters to take vengeance on named targets in politics and the media. His message to all politicians and journalists who opposed his ideology was:

Despite clear threats of violence against named civilian targets, the video remains in place. Facebook has refused requests for its removal, claiming the video does not contravene community standards. 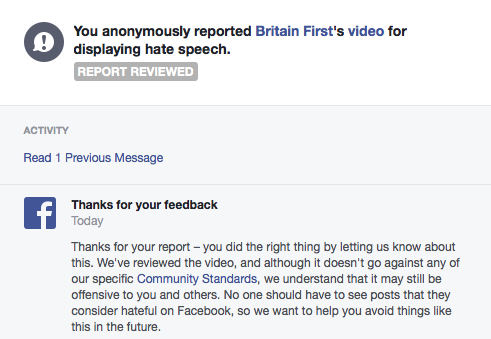 Meanwhile, the social media site has blocked everything from images of breastfeeding mothers to the iconic ‘napalm girl’ image which captured the horrors of the Vietnam war. With the social media site becoming the most powerful distribution network of independent news, greater transparency over decisions is in ever higher demand.

RT reports that, soon after the Facebook ban, it faced another issue:

Dataminr, the Twitter-based news-breaking service that supports news agencies around the world, has denied RT service, with immediate effect.

The US digital start-up has yet to provide any official explanation behind the decision, but referred to a “review of how we work with government agencies” during a call in which RT was informed of the service denial.

The RT/Dataminr partnership was attacked in a WSJ piece after Twitter denied CIA access to Dataminr services over fears the bureau was violating Twitter’s terms of use to track individuals.

We will continue to follow the story as it develops.