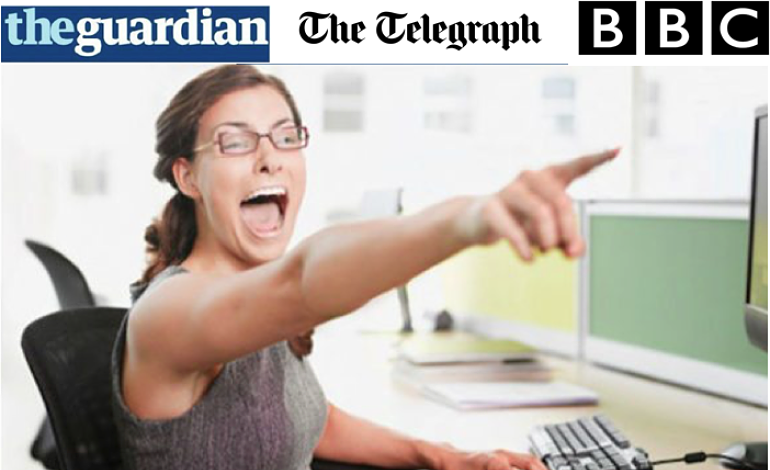 The traditional media has been beside itself with alarm at the declared rise of ‘fake news’, with every Fleet Street columnist queueing up to declare moral panic. But reaction to this week’s revelations of misreporting by BBC Political Editor Laura Kuenssberg casts doubt on their commitment to honest journalism. It appears this community of journalists is happy to tolerate fake news, so long as it maintains exclusive rights to producing it.

A string of events last summer led many outside the Westminster media bubble to consider Laura Kuenssberg unacceptably biased against Labour leader Jeremy Corbyn. From her participation in the live resignations of the ill-fated Blairite coup to her snarky tweets and demeanour in interviews.

When a 38 Degrees petition called for her resignation, more than 35,000 people signed within hours. But before the public could register further dismay, 38 Degrees pulled down the petition amid allegations of misogynistic comments. The traditional media declared moves against Kuenssberg a “sexist witch hunt“. Every outlet from The Guardian to The Telegraph ran the story, and David Cameron leapt in to defend Kuenssberg and decry the so-called abusers.

But as The Canary reported at the time, these allegations had no foundation. A cached version of the petition revealed that there were no such comments. The removal of the petition, and the smear campaign which followed, was entirely political. One might consider that as fake news. Or as we called it in the old days: propaganda.

All outlets that questioned this fraudulent narrative were dismissed as conspiracy theorists, with tin foil hat-wearing readers. In short, they faced pressure to accept a lie, or risk denunciation as a cuckoo.

The evidence of media bias accumulates

But while the mainstream media called conspiracy, new media and academia looked for evidence. Later in the year, the evidence overwhelmingly backed the case that bias against Jeremy Corbyn was very real.

Two major reports by the Media Reform Coalition and the London School of Economics found the BBC (and wider mainstream media) coverage of the Labour leader riddled with bias. Mainstream media outlets responded with the same process of denunciation, this time against the academics and researchers responsible for the reports. A segment on BBC Newsnight (in which I appeared) epitomised the way the BBC and others continued to reframe the proven allegations of bias as an issue for Jeremy Corbyn rather than themselves.

Finally, the BBC Trust found evidence of the same bias, concluding that Kuenssberg had produced misleading reports on the Labour leader. But the BBC continued with the exact same denunciation process of the past, against its own Trust. Director of BBC News James Harding dismissed the findings, stating:

While we respect the Trust and the people who work there, we disagree with this finding.

In fact, not only is Harding not taking action over Kuenssberg’s lack of impartiality, he is actually continuing to praise her as:

So much for the ‘fake news’ moral panic

The absolute silence by Kuenssberg’s colleagues in the wider press and media landscape was deafening. After all the cries of ‘fake news’, how did they respond when one of their own stood guilty of the same crime? Duly noted with the most sterile headlines possible. The Twitter accounts of those same journalists who had angrily denounced claims of bias? Suddenly silent. Not a condemnation uttered. Not an apology made to the outlets and individuals tarred as conspiracy theorists. Not a mea culpa for backing the wrong horse. Not a single, solitary word. The BBC buried it in the Entertainment and Media section of its website. And the mainstream media shrugged and moved on.

Now you know exactly how much the mainstream media cares about ‘fake news’. Not at all. So long as it maintains exclusive rights to producing it.