Trump is sworn in tomorrow, and this is what worries those who've studied him - The Canary 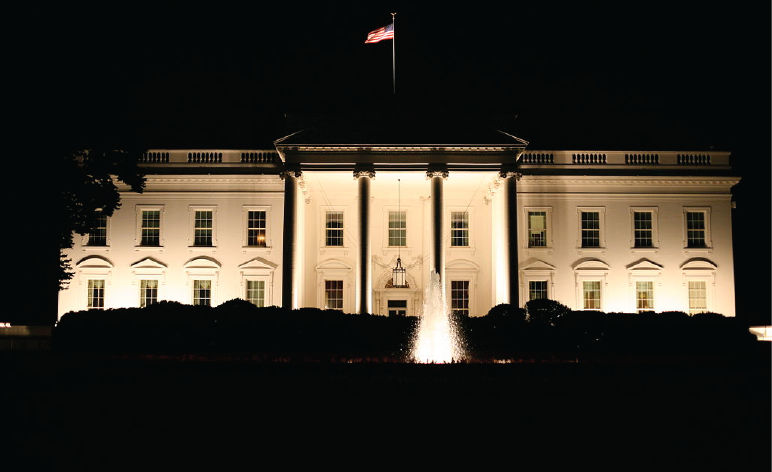 The inauguration of the 45th US President, Donald Trump, is on Friday 20 January (5pm GMT). This is the date when Trump goes from being the ‘President-elect’ to the President in actuality. To question what may come next, Politico interviewed three of the people who have maybe studied Trump the most. Namely his biographers, Gwenda Blair, Michael D’Antonio, and Tim O’Brien.

Absolutely not. There will be no divide there. The whole thing has been a vanity show from the second he ran to the Republican Convention. I think we can expect to see the same on Inauguration Day. He’s been unable to find a clean division between his own emotional needs and his own insecurities and simply being a healthy, strategically committed leader who wants to parse through good policy options and a wide series of public statements about the direction in which he’ll take the country.

Kruse then asked about the people Trump appointed to his administration. Blair answered:

The cabinet appointments seem to me to be people who have been successful in some realm, so he takes that as proof of their abilities. But he’s also looking for people that will be in conflict with everyone in that department. Down the line, it’s the same kind of sowing-conflict mode that he’s used throughout his career of setting people against each other so that they’re not going to be loyal to each other and they’re going to be loyal to him.

Kruse also asked if Trump would take advice from his team. O’Brien answered:

At the end of the day, the two most powerful people in his White House, other than him, are going to be Jared Kushner and Ivanka Trump, and they’re going to have the final say on everything. And whatever Gary Cohn or Rex Tillerson or General Mattis or Jeff Sessions or Steve Bannon has to say, it will all end up getting filtered through [Ivanka]…

Other than those two, he won’t listen to anyone in a meaningful way, and he never has listened to anyone outside of his core group and family at the Trump Organization for decades, and that’s not going to change.

Kruse noted reports of Trump switching between being an “utter terror of a micromanager” and a “don’t-bother-me, hands-off delegator”. He asked what makes him switch. Blair answered:

If he perceives that there’s the tiniest threat to his authority, that there’s any ripple of disloyalty, as he would think of it—then he’s on it. Whether it’s, like, a cigarette butt in the corner of the parking lot, it doesn’t matter—he’s got to show that he’s on top of everything and that he’s got eyes in the back of his head.

The conversation moved on to how Trump may excuse not delivering the things he promised. O’Brien said:

He always has an escape hatch. He always builds in some way of justifying not doing the things he’s promised to do on the basis of what someone else has done to him. In this case, it could be Congress, or, ‘We’re required by the Army manual that governs interrogations to not do this torture.’ I wish it wasn’t so but, you know, we’re stuck.

Kruse asked finally if they thought Trump spent his nights worrying about the task ahead. D’Antonio answered:

I think about how Obama has talked about the problem in Syria being one that made it hard for him to sleep and was something he considered every night and every morning. I don’t know that Trump has the ability to think that way. He’s focused on his performance as a ratings machine. So if he gets more Twitter followers and imagines himself to be a star when he takes the stage at press briefings or appears in ceremonial events, that will be enough for him. He’ll think that he’s a success.

When he’s awake at night, I don’t think it’s because he’s awed or concerned about the responsibilities on his shoulders. It’s because there’s somebody he wants to get even with…

After Trump was elected, some people still hoped that he could grow into the role of President. They hoped that he would consequently become more presidential and less self-serving. Yet the people who have analysed his life do not think that this has happened. And they don’t think that it will, either.

– Also check out more articles from The Canary’s Global section.