Today's #WomensMarch was impressive, and its message was crystal clear [TWEETS] - Canary 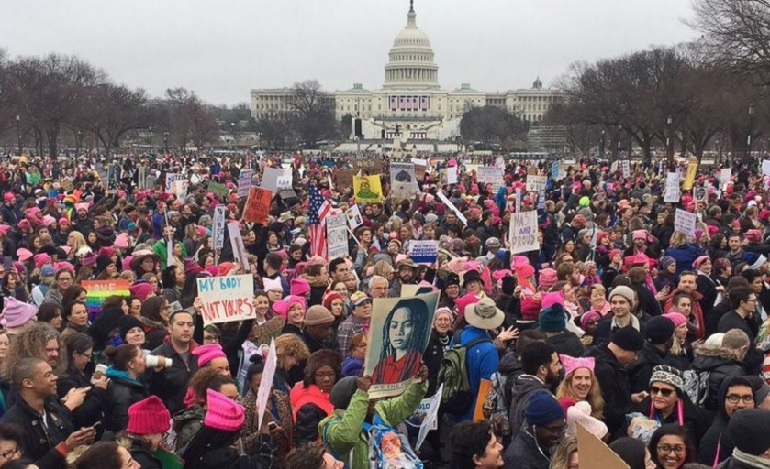 On 21 January, hundreds of thousands of people joined the Women’s March on Washington. Around 600 other rallies happened elsewhere in the world, from the UK to Antarctica. The aim? To send a strong message to Donald Trump on his first full day in office as President of the United States.

Organisers of the Women’s March on Washington said:

The rhetoric of the past election cycle has insulted, demonised, and threatened many of us.

A co-founder of the Women’s March Sydney, meanwhile, insisted:

Hatred, hate speech, bigotry, discrimination, prejudicial policies – these are not American problems, these are global problems.

And while they are indeed global problems, US citizens were definitely leading the fightback on 21 January. There were soon reports, for example, that more people had turned out for the march in Washington than had attended Trump’s inauguration the day before.

Why was Trump the target of the #WomensMarch protests?

Twitter users answered that question very clearly, using the hashtag #WomensMarch. One shared a quote from a Trump video leaked during the presidential campaign:

The President of the United States #WomensMarch pic.twitter.com/JT9iP2xwwk

And protesters and Twitter users alike stressed that this kind of speech and behaviour is totally unacceptable:

I stand with the #WomensMarch because misogyny doesn't make a man "a little rough around the edges." It makes him unfit for leadership.

I stand with the #WomensMarch bc..

Saw this sign on the live feed from Washington: "Women's rights are not up for grabs and neither are we" ✊🏿✊🏾✊🏽✊🏼✊🏻#WomensMarch

And if that message wasn’t clear…

Protesters also sought to make it completely evident that women are ready to fight back: 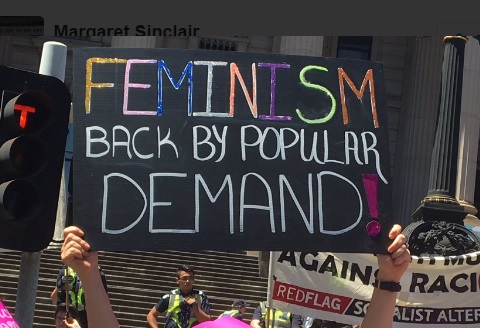 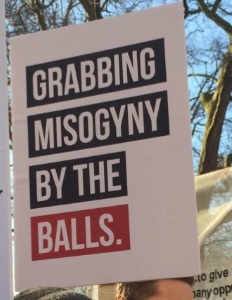 The overall point of the #WomensMarch day of action was clear. In a world where men like Donald Trump can still become president of one of the most powerful countries on Earth, the fight against misogyny is far from over. And all those opposed to it need to stand up and be counted.

– Have conversations with the women and men in your life. Refuse to tolerate misogyny in your communities and workplaces. This starts and ends with you.