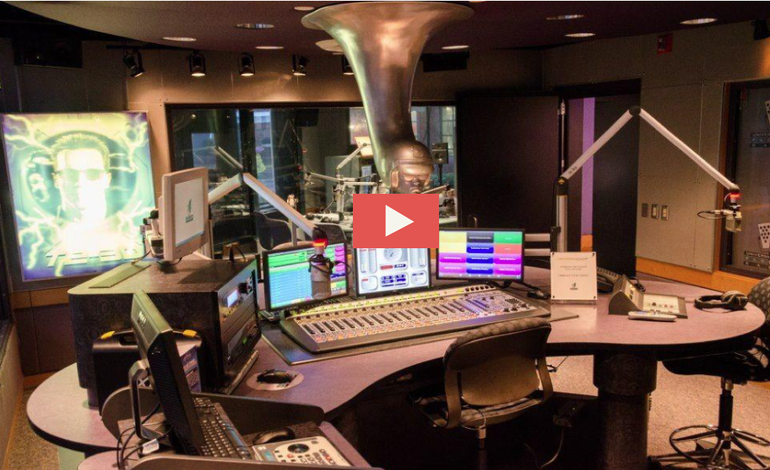 Two journalists have been shot dead while broadcasting live on Facebook. Radio host Luis Manuel Medina, and the show’s producer/director Leo Martinez were killed after a shooter stormed the studio during a news bulletin. A secretary was also injured in the shooting, and required surgery.

As the Associated Press reports:

Police said the shooting occurred Tuesday in San Pedro de Macoris, just east of the capital of Santo Domingo. Three men have been detained, but no one has been charged.

Gunfire is heard during the Facebook Live video, along with a woman yelling “Shots! Shots! Shots!” before the transmission cuts off. Police say they don’t yet have a motive.

Pictures of the deceased journalists immediately following the shooting have been circulating in local and online media.

The Dominican Republic is ranked 62 out of 180 countries in the Press Freedom Index. And only three journalists have been killed in the country since the Committee to Protect Journalists began recording in 1992. So the killings of Medina and Martinez have shocked the country.

The Guardian spoke with the College of Journalism’s Olivo de Leon, who knew both men. He said:

For gunmen to open fire in a media outlet like this is unprecedented.

The authorities must investigate to determine not just the killers but also the intellectual authors so that we know why they were murdered. Impunity in this case will generate fear among journalists, making them scared to speak out and do their jobs. The government must guarantee freedom of expression.

According to the Committee to Protect Journalists, 48 journalists were killed around the world last year in the course of doing their job. A further 29 were killed in circumstances where a motive could not be confirmed.

While the most dangerous countries to be a journalist – Syria, Yemen and Iraq – are unsurprising, the continual slide of the US and UK down the Press Freedom Index is troubling in the extreme. The UK and US have slipped to #38 (from a high of 20) and #41 (from a high of 17) respectively in the league table that assesses the freedom of journalists to operate in a country. This places them behind Jamaica, Namibia, Costa Rica, Lithuania and Slovakia.

The killings of Medina, Martinez, and their fellow journalists around the world serve as a reminder of the risks run by those working in news media. And the responsibility of each nation to maintain a robust and free press.