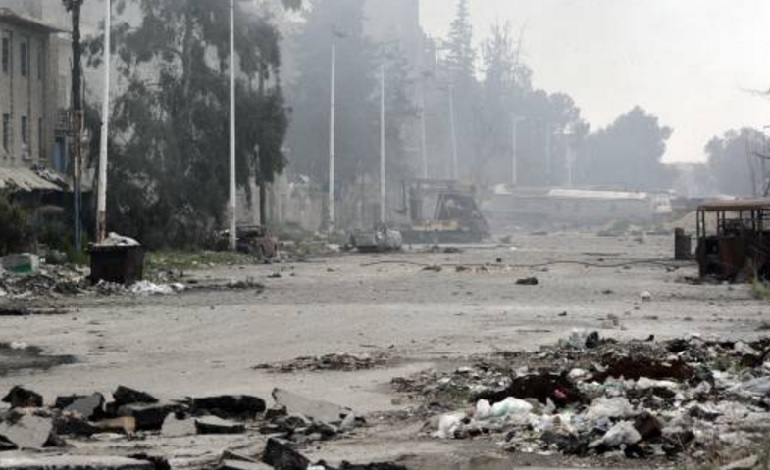 The more air strikes the Western-led coalition in Syria and Iraq undertakes, the more civilians die; and the more urgent a serious foreign policy rethink becomes.

In recent days, a US-led air strike allegedly hit a school in Syria, killing at least 33 civilians near the self-proclaimed Daesh (Isis/Isil) capital of Raqqa. And an air strike in Daesh-controlled Mosul, Iraq, reportedly killed over 230 civilians. Regarding both incidents, the coalition said it would investigate claims of civilian deaths.

But such casualties, carried out by all sides in the fight against Daesh, are not unusual. The US-led coalition only recently admitted having killed at least 220 civilians so far in air strikes in Syria and Iraq. And human rights groups claim that the actual figure is probably much higher. Airwars, for example, which tracks allegations of civilian deaths, believes that up to 3,214 “civilian non-combatants” may have died so far in coalition air strikes.

As The Canary recently reported, the West has been slowly changing its strategy in Syria. After the main anti-Assad opposition became dominated by Daesh and other jihadi forces, Western powers soon turned their focus away from Assad. And they realised that the most effective ground forces (in northern Syria at least) were the Kurdish-led YPG forces of Rojava; forces which the West and its regional allies had isolated for years. These multi-ethnic militias are currently advancing on Raqqa as part of the Syrian Democratic Forces (SDF), with support from the Western-led anti-Daesh coalition.

The YPG has been defending Rojava’s secular, multi-ethnic, and feminist experiment in direct democracy since 2012. But in spite of its key role in the fight against Daesh, almost no nations have given Rojava official recognition or political support. This lack of action has seen some Western citizens take it on themselves to fight against Daesh; and to support the progressive alternative developing in Rojava. Governments in the West, meanwhile, have responded by treating these anti-Daesh fighters like criminals.

The final battle to liberate Raqqa is due to begin in early April; and the YPG will play a key role. But while the West will support this physical assault, there is still no sign of official political recognition or support for Rojava. Even though, as the region’s local forces know all too well, the fight against Daesh is not just a military one; it’s an ideological one, too. And even though the secular, pluralistic, and democratic system in Rojava is the best political antidote currently available to the authoritarianism of sectarian Daesh chauvinists.

So rather than risking more and more civilian casualties through air strikes, why do Western powers not throw their full weight behind the progressive ground forces led by the YPG?

The battle is both physical and ideological, but the West still doesn’t seem to get it (or care)

History teaches us that Western intervention abroad is a gift for extremists. The invasion and destruction of Iraq, for example, gave the forerunners of Daesh fertile ground to grow. It paved the way for the high levels of terrorism we see today. And increased Western military involvement and mistakes just backfire; because they’re exactly what Daesh wants. So the numerous reports of civilian casualties in recent days do the fight against Daesh no favours at all.

It’s also totally counterproductive for the West to keep propping up unsavoury regimes in the Middle East. For example:

The best way to extinguish the fire of Daesh terrorism is to address the root causes of extremism; and to give meaningful, permanent support to the firefighters. Western powers must end their destructive and self-interested foreign policies, understanding the role these play in fuelling the current chaos. They must also withdraw support from their murderous authoritarian allies in the region. And most importantly, they must back the local people who are seeking to defeat Daesh not only on the battlefield, but ideologically too; defeating hatred and injustice with cooperation and democracy.

That is the serious foreign policy rethink that Western powers desperately need to undertake. And they need to do that as an urgent priority; if they truly care about civilian lives and the prospects for a lasting peace in region, that is.