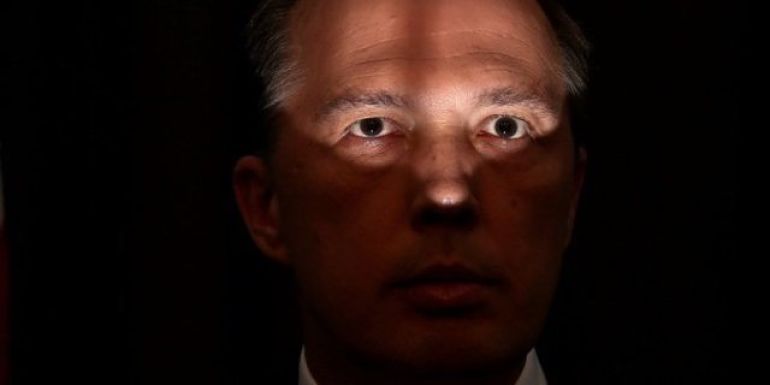 There is a call for the dismissal of Australia’s immigration minister Peter Dutton. This comes after Dutton issued a fake news report to explain the shooting against refugees at the Manus Island (Papua New Guinea) detention centre.

The refugee camp came under fire on Good Friday. The refugees and their Australian guards feared for their lives. One refugee said:

Refugees were beaten by police, navy and locals. After that, police and navy started firing in [the] air. But after 10 minutes they started shooting at the detention centre.

A report describes how the refugee camp came under attack at around 6.30pm local time. This was not long after a fight broke out between locals and refugees at a football match.

According to Behrouz Boochani, a Kurdish-Iranian journalist and refugee who witnessed what happened:

But fortunately, no one in the refugee centre died:

On the following Thursday, however, Australian immigration minister Peter Dutton claimed the attack was provoked. This, he said, was after a five-year-old boy had been led into the camp by refugees.

There was an alleged incident where three asylum seekers were alleged to be leading a local five-year-old boy back toward the facility… There was concern about why, or for what purpose, the boy was being led away back into the regional processing centre. I think it’s fair to say the mood had elevated quite quickly. I think some of the local residents were quite angry about this particular incident and another alleged sexual assault [by a refugee on Manus Island].

But both refugees and Papua New Guinea (PNG) authorities denied this description of what happened. It also turned out that the boy was not five years old, but ten; and that he had gone to the camp to ask for food and money. He was then returned home by security guards. And all this happened not on Good Friday, but two weeks earlier.

The regional police commander, David Yapu, also confirmed Dutton’s story was wrong; and that the attack on the centre was led by “drunken soldiers”. Yapu also accused members of the PNG defence force of going on a rampage; of assaulting his officers, PNG immigration officers, and other refugee centre service providers; and of targeting the refugee centre and its occupants.

Greens immigration spokesman Nick McKim, meanwhile, has called on Dutton to resign or be sacked:

It’s bloody outrageous. He’s been caught out lying and he’s got to go.

Indeed, Dutton’s story was not only erroneous, but possibly inflammatory. And if it had not been promptly corrected, it could have created even more tension and further disturbances.

– Also read The Canary‘s previous articles on Australia and refugees.