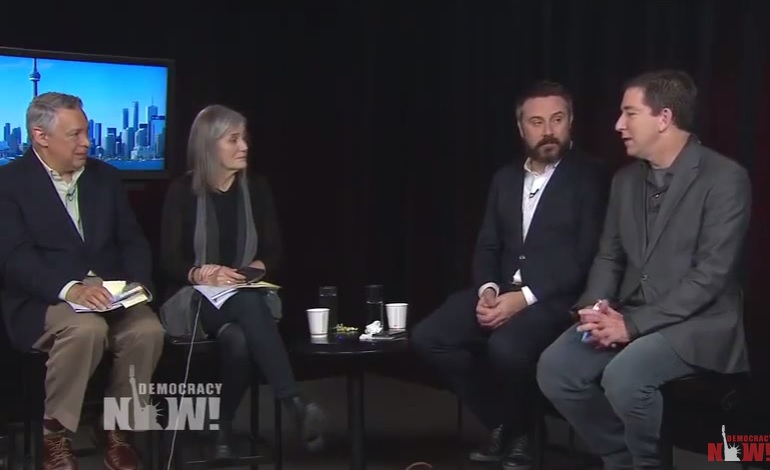 In the wake of the Manchester bombing, Jeremy Corbyn has highlighted that UK foreign policy affects the country’s threat level. And many in media and political circles are giving him hell for it.

But two award-winning US journalists spoke to Democracy Now on 25 May. They suggested a fundamental change to the way the media reports on victims of war around the world. And it’s one that would crush the attacks that Corbyn’s currently facing.

Jeremy Scahill and Glenn Greenwald are founders of The Intercept, along with journalist and filmmaker Laura Poitras. They have all received accolades for their work on Western foreign policy and civil liberties.

Democracy Now host Amy Goodman asked Greenwald about the media coverage of the Manchester attack. Specifically, she asked whether the media should extend the “Manchester model” of reporting to all victims of war, including those that are victims of Western military attacks.

The “Manchester model”, Goodman explained, is where we learnt about the victims, their names etc., and that made “our hearts grieve because we know who they are. They could be our own families”. Greenwald replied:

if I had the power to just, overnight, remedy one of them [a media fault], this discrepancy is the one that I would choose, because think about how powerful it is, just the effect that it has on us as human beings.

We never learn their names… never hear from their families. We never hear their life aspirations extinguished. And if there was just some attention paid to telling the stories of the victims of our own government’s violence, I think there would be a radical shift in how we perceive of ourselves, the role we play in the world, and who bears blame in this conflict.

Scahill also thought journalists should use the “Manchester model”. He said:

look at how many times we read or hear reports that the United States has bombed a wedding party or a funeral. And there is never a description of, well, ‘who was the bride, who was the groom’, you know, ‘who were the people that were killed and what were their dreams’.

We hear nothing about any of these people that are killed, with our tax dollars, in our name.

Democracy Now co-host Juan González then turned the conversation to the question of responsibility. In particular, he noted how Western military interventions in the Middle East bear responsibility for the current refugee crisis. Greenwald said:

And yet the number one rule of US media discourse is that whenever there’s violence or attacks, the one thing we don’t want to do is think about the role we played in provoking it.

Greenwald also claimed that the US and UK media don’t have the same problem when it comes to other countries. If Russia has faced a terrorist attack, for example, numerous reports will cite its foreign policy as a contributing factor in that attack. But journalists don’t talk about the connection between terrorism and foreign policy in the US and UK. That’s a “taboo” subject, according to Greenwald.

Corbyn is now feeling the full wrath of those people who are unwilling to recognise any “responsibility” in the UK’s actions abroad. But this is in itself an extreme position. Because if politicians ignore that reality, they won’t change things. And the threat our foreign policy poses to the nation’s security will continue as before.

As The Intercept‘s founders suggest, though, that’s not the only change necessary. They want the “Manchester model” used in all reporting on victims of war. And there are a lot of victims’ stories to cover. Monitoring group Airwars estimates that between 3,000 and 5,000 civilian deaths have resulted from actions by the US-led coalition since August 2014. The UK is in this coalition. The group reports that these figures include at least 832 children.

If we knew their names, saw their pictures, and felt connected to these victims, that would undoubtedly impact the way we viewed our foreign policy. We might understand how extremist groups are using these policies against us, and how much they help them. And we also might imagine how we would feel if these were our own families.

It’s difficult to see how people would swallow some politicians’ and media figures’ reckless and macho messaging about “British power” so easily after that.

– Support independent media outlets like The Canary, Democracy Now!, and The Intercept if you appreciate the work we do.