This song annihilates Theresa May. And the BBC may soon be forced to play it to the whole country [VIDEO] - Canary Workers’ Co-op 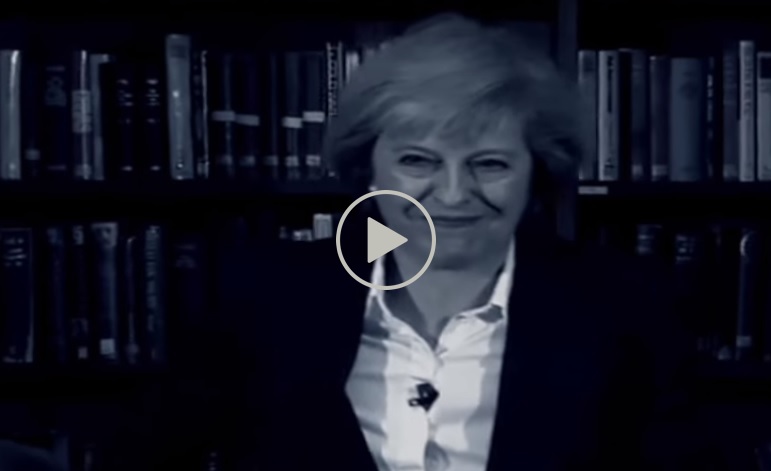 Today, anti-austerity group Captain SKA has released a song that could be very embarrassing for Theresa May. The track is trending on Twitter, and has already made it into the Top 60. If it keeps up this momentum, there’s a very real chance that even the BBC may have to play it. And to the whole country, no less.

As The Canary previously reported, the song is a new version of the 2010 anti-austerity track Liar Liar.

All download proceeds from before the 8 June election will go to food banks across the UK, and to The People’s Assembly Against Austerity. The hope is to get the song into the Top 40 so the BBC will have to play it.

NHS crisis, education crisis, u turns … you can’t trust Theresa May. Let’s get this into the top 40. Download now and force the BBC to play it on our airwaves.

“You can’t trust her”

Theresa May has already undertaken a number of U-turns since she became Prime Minister. She also has the record of being only the second Home Secretary in history to have been found in contempt of court. A ruling which saw a judge slam her behaviour as “regrettable and unacceptable”.

And her party doesn’t have a much better record itself. In fact, citizens have almost come to expect that the Conservatives will break their promises:

With all this in mind (and much more), Captain SKA hopes to make it clear – through the medium of song – that Britain can’t trust Theresa May and her party.

If you agree with that message, and want to see the new version of Liar Liar hit the charts just before the 8 June election, you know what to do.