The far right is doing something dark in Europe. So The Mail Online went to take selfies with them [TWEETS] - Canary 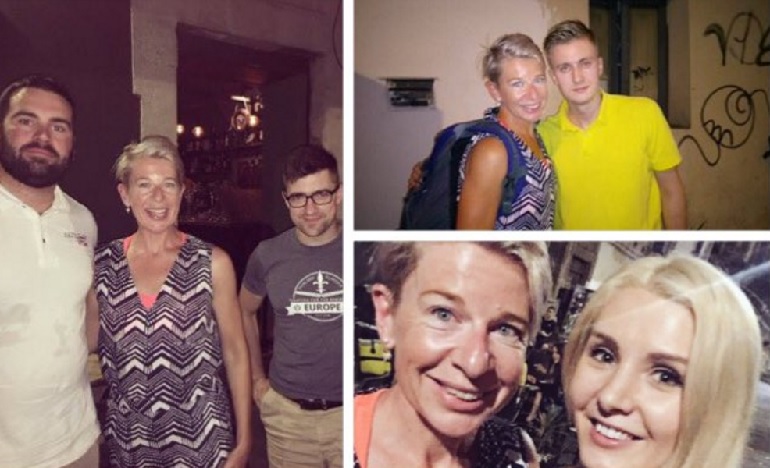 The image of a washed-up body of three-year-old Kurdish refugee Alan Kurdi tore into the hearts of millions of people around the world. But two years on, hate crimes in post-Brexit Britain are rife and the loathing of people born elsewhere is not uncommon. And now, The Mail Online is publicising an initiative which seeks to disrupt the rescue of refugees at sea, and whose organisers head a far-right movement.

Tabloid commentator Katie Hopkins once infamously referred to refugees and migrants as “cockroaches”. But more recently, she has reportedly been associating with a holocaust denier. And she’s also been covering a far-right initiative to disrupt ships, like those organised by Médecins Sans Frontières (MSF), which rescue refugees in the Mediterranean:

and it appears Katie Hopkins is actually joining them on the boat as they try and stop the rescue missions for the Daily Mail. Pathetic. pic.twitter.com/T6aaumcxXc

A few people are saying Hopkins tweet appears to have been deleted. Took this screen grab just in case: pic.twitter.com/OI12mDyYeO

This is the woman who previously wrote: 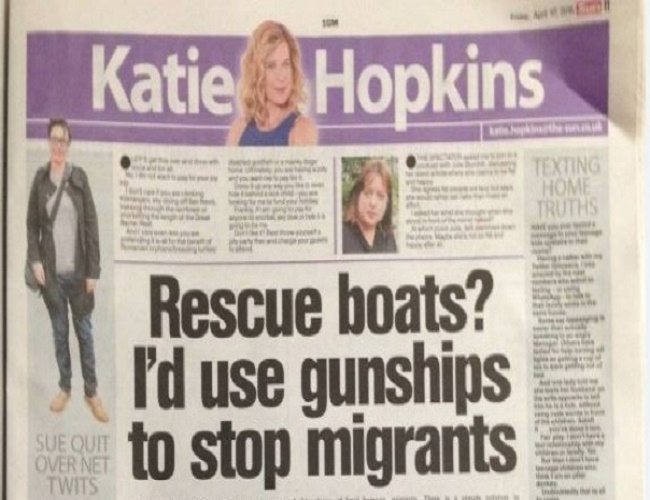 And from the organisation that published this:

.@coopuk I wish I was exaggerating, but this cartoon is from the Daily Mail in 2016 – literally "hook-nosed foreigners" as rats pic.twitter.com/t6cBNyA6FX

But even Hopkins apparently thought that posing with an alleged holocaust denier was a bit far:

The man in question has insisted: “I dont hate jews (or anyone else) as a race.”

What is the initiative?

The ‘Defend Europe’ project, which aims to disrupt ships that rescue refugees in the Mediterranean, has already crowdfunded $100,00 to purchase a ship, the C-Star.

We will offer the Libyan Coastguard our support as [a] recon ship… We will save anyone we can if we get an SOS signal, but we will make sure that they will be brought back to Africa.

US white supremacist David Duke, meanwhile, has offered his support for the initiative:

Defend Europe Identitarian SAR has a ship, now needs money to get to the Mediterranean. Donate now! #DefendEurope https://t.co/E8xdorKoQe

Who is behind it?

Those running Defend Europe refer to themselves as ‘Identitarians’, a right-wing movement whose roots can be traced to France’s ‘generation identitaire’, and then to Austria and Germany.

They deny they are fascists. But according to German far right watcher Johannes Baldauf:

they said we can’t use National Socialism, we need to advance, and be more intellectual. But content-wise it’s exactly the same things that we know from classical racism – they just label it differently.

Sven Tomas Egerstrom is the director of Maritime Global Services LTD, which owns the C-Star. The World Shipping Directory shows that C-Star is registered in Wales:

Egerstrom provided private maritime security services in Africa and, in 2015, a Seychelles court reportedly ordered the seizure of $2m worth of automatic weapons found on one of Egerstrom’s ships.

And the key players? 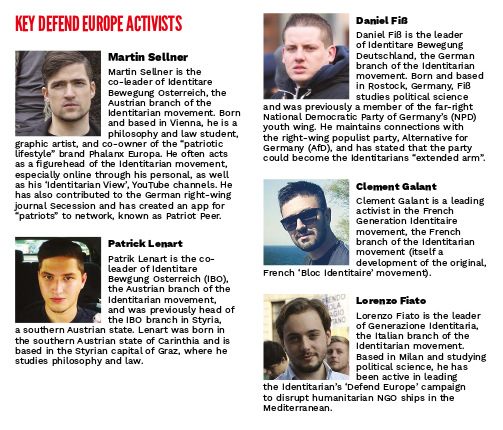 Meanwhile, the ‘Identitarian Movement’ is attracting members in the British Isles, with a new branch called Generation Identity Great Britain and the Republic of Ireland.

When photos of Alan Kurdi’s lifeless body were transmitted around the world, there was shock. But that shock was matched by the hypocrisy of the right-wing media, which has continued to sell hatred of ‘the other’.

Ethnic nationalism and the hatred of foreigners is how fascism takes root. And unless confronted, before we know it these tendencies could become the norm.

– Donate to Hope Not Hate’s campaign against Defend Europe.

– You can also read more from The Canary on The Mail Online and The Daily Mail.