The most liberal state in America has built its own Trump Wall. To keep homeless people out. [VIDEO] - Canary 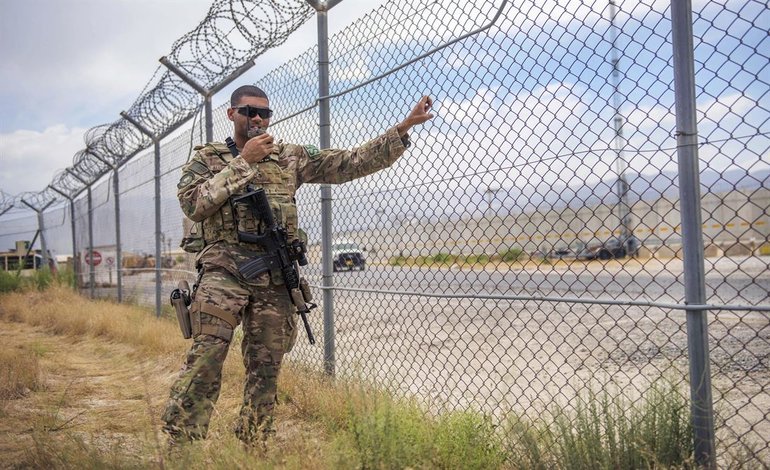 Donald Trump’s plan to build a border wall with Mexico rightly gained international outcry. But one of the country’s most liberal states is building something at least as bad. A city in California is building a wall to keep out homeless people.

San Jose is the ‘capital‘ of Silicon Valley – the beating heart of the technology centre that brought us Facebook, Google and so on. It’s in the west-coast state of California, south of San Francisco. And many people see California as the most (or at least a top ranking) liberal state in America. But while that may be true on progressive social issues such as equal marriage, it doesn’t quite seem to hold on socio-economic issues like homelessness and addiction. A move in San Jose has brought this issue to the fore.

The California Department for Transportation (Caltrans) is rebuilding a ‘Homeless Wall’ to ‘protect’ homeowners from homeless people.

Homeless people tend to collect in ghettos, under motorway bridges, or on wasteland. And in San Jose, an encampment called The Jungle became a city of the lost. Homeless people. Those living with poverty, addictions, trauma, and mental illness. All the people California let down lived in The Jungle camp under a motorway called I-280. With over 175 people a night in residence, inhabitants used their skills to build rudimentary homes, channel electricity from nearby pylons, and even make showers. Of course, no one would choose to live there. But it was the encampment of last resort in a state, and a country, which has failed to build a functioning welfare system.

But in 2014, even this was taken away. Authorities evicted residents, bulldozed the camp, and built a ‘homeless wall’ to keep them from returning.

Against all local expectations, the homeless people did not disappear in a puff of smoke when their camp was razed to the ground. With nowhere to go and no support, the former Jungle residents simply cut the fence and came back; over and over again, for the last three years. This infuriated local homeowners like Laura Nunez, who told a local CBS crew:

Every time Caltrans would come out and repair it… as soon as they left they cut a hole in it and they just use that… that was their main access point to go in and out.

When presented with the issues above, Nunez responded:

Take them to your neighborhood and you live the way we’ve been living the past few years, and then you’ll sing a different tune after that.

And Nunez sums up the flawed humanity of the entire state. No one doubts that living next to The Jungle would have its issues. But those issues will not be resolved by closing the camp. They will be resolved by dealing with a near total absence of accessible mental health, addiction and welfare services. Without those services in place, vulnerable people will end up on the streets. And you cannot simply wish them away.

Local authorities could have learned something from this. Instead, they chose to build a bigger, stronger wall.

Caltrans is investing in a new 8-foot-high super fence to keep homeless people away. With reinforced steel and smaller holes, they say it is the solution to their problem. But Jaime Foberg, founder of the ‘In Their Shoes’ homeless advocacy group, feels differently. He told local media:

I think of Trump. And I think how horrible it is that they would keep people out. It really does make me sad.

It’s all about the welfare state

– Check out The National Alliance to End Homelessness and Covenant House in the US.

– Support the work of Shelter, a UK-based homeless charity.

– Support the work of the Trussell Trust food bank network.

– Advocate for strong welfare services locally, regionally and nationally. Be vocal on social media, in your community, and to your MP.

Featured image via US DoD