Trump claims to hate 'fake news', but is now spreading it himself [TWEETS] - Canary Workers’ Co-op 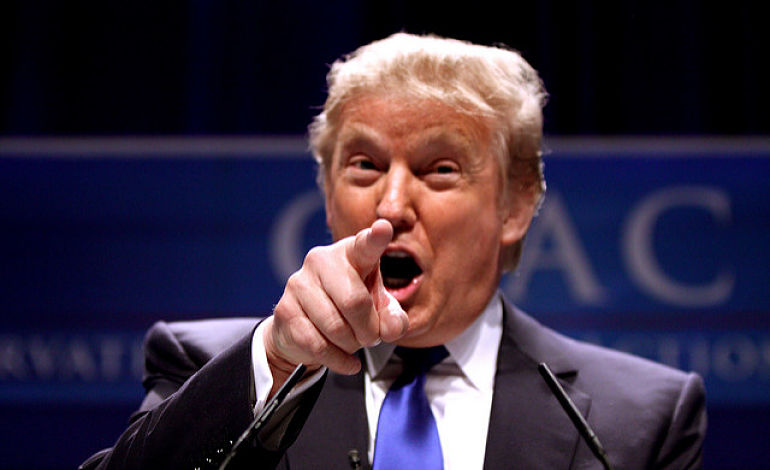 US President Donald Trump claims to hate “FAKE NEWS”. But it now looks like he’s spreading it himself.

Trump recently retweeted one of his supposed ‘supporters’ (whose account now appears to have been suspended):

It’s not unlike Trump to highlight praise for himself while blocking those who criticise him. But there was something particularly odd about the tweet he shared. Because it appeared to come from a fake account. And it also seems to be one of many such accounts that are promoting the President.

Fake news? Trump? Whatever next?

#6 She isn't a real person. pic.twitter.com/p81dYu2rNV

The account with the handle @Protrump45 seemed to belong to someone called Nicole Mincey, a black student running a pro-Trump campaign.

Profiles described her as a hardworking African-American female who grew up in poverty and went on to start a pro-Trump apparel company. But the real student (whose surname is actually ‘Mincy’) has denied the Twitter account belonged to her and said her identity was stolen to market the company.

According to Mashable, there are a number of fake accounts in the same network, which all seem to interact with each other. And a number of the pictures on these fake accounts use stock photos from Placeit, which has pictures of young people in blank T-shirts, so you can place an image of your choice on the shirt:

Maybe just all the young Trump supporters happen to model for this same site https://t.co/U7XJwrHlbm pic.twitter.com/XSt8wLfELH

The accounts also send out memes and fake news stories, according to Schooley. And even the right-wing Daily Caller admitted that Mincey’s own profile on its site “might be completely fake”.

Trump still hasn’t removed his retweet (at the time of publication). But Schooley’s allegation that the President had retweeted a “bot account” is continuing to gain steam:

That “protrump45” account that Trump retweeted is a 100% bot. Wowser. (With help from @Rschooley) pic.twitter.com/iWRPjlBxln

And some people, like Bellingcat founder Eliot Higgins, have pointed out that the optics don’t look great for Trump:

Bots are indeed common on social media. And we can’t know exactly what Trump’s intentions were here. But considering his obsession with “FAKE NEWS”, people may well expect him to be just a bit more diligent before clicking ‘retweet’.