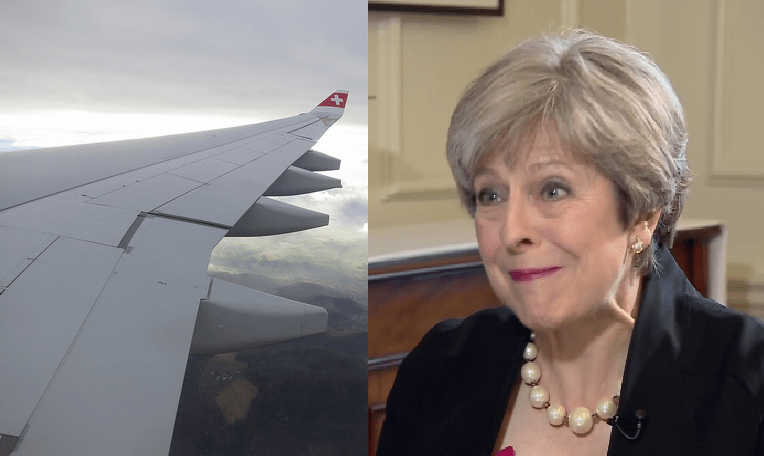 One of the first issues Theresa May attended to when she returned from holiday has brought shame on the entire UK. Returning from Switzerland, May called for an urgent review into Big Ben. She said it “can’t be right” to silence the clock while it undergoes repairs. The Conservative leader is now under heavy fire for a warped set of priorities:

Theresa May has significantly stronger words of criticism for the people fixing Big Ben than she does for neo-Nazi sympathiser Donald Trump. https://t.co/NMbfYWZvqb

First, May appeased neo-Nazis by failing to condemn Donald Trump. On 12 August, a far-right march led to violent clashes in Charlottesville (Virginia), leaving one person dead and many injured. Responding to the violence, the US President equated KKK members, white supremacists and neo-Nazis with the people who came to challenge their beliefs:

In the same speech, Trump insisted that there were “very fine” people within the Nazi ranks. Still, May apparently didn’t see a problem with this. Initially, a spokesman for her said Trump’s comments were a “matter for him”.

The Prime Minister then returned from Switzerland and waded straight into a row about Big Ben. But given that the UK’s closest geopolitical ally was seemingly sympathising with neo-Nazis, people expressed disbelief:

Have I got this right – the PM is concerned that Big Ben won't chime for a while, but she is not prepared to condemn her friend Trump?

Mrs May has now waded into the real big issue of the day: "It can't be right for Big Ben to be silent for four years"

So @theresa_may is happy to condemn Big Ben on being silent but silent on condemning Donald Trump. Pathetic. https://t.co/ETE2rIjwOz

Only after condemning the prospect of a silent Big Ben did May issue a stronger statement on Trump. Reacting to public anger, May said:

I see no equivalence between those who propound fascist views and those who oppose them. I think it is important for all those in positions of responsibility to condemn far-right views wherever we hear them.

But she still failed to criticise Trump directly.

Nothing much going on…

Other critics of May pointed elsewhere in the world:

For instance, Conservative Party ally Saudi Arabia has been bombing Yemen since March 2015. The dictatorship has been accused of war crimes for targeting vital infrastructure and densely populated civilian areas. Nonetheless, the Tory government approved £3.3bn pounds worth of arms to the Saudi kingdom in just the first year of its destruction of the poorest country in the Middle East. The war has destroyed Yemen’s economy, leaving 7 million people on the brink of starvation. Yemen also faces “one of the world’s worst cholera outbreaks” in decades, with almost half a million confirmed cases.

We would surely expect the Prime Minister to condemn Saudi Arabia for its role in the humanitarian tragedy. But the opposite is happening. By approving arms sales to the despotic regime, May is actively complicit in the destruction.

In short, there’s no doubt that May’s concern for a London-based Big Ben displays a disgraceful set of priorities. She apparently considered the sounds of a clock to be more important than the US President sympathising with neo-Nazis. And at the same time, Tory ally Saudi Arabia is using British-made weapons to fundamentally desecrate Yemen. We must say loud and clear: not in our name.

– Jump on board with the Stop Trump Coalition.

– Help to stop DSEi (one of the world’s largest arms fairs) this September in London.

– Join or support the Stop the War Coalition. Show your support for Veterans for Peace. And take action with Campaign Against Arms Trade.

Featured image via Alper and screenshot